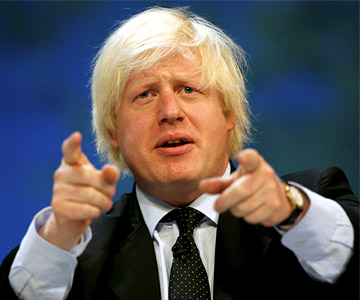 LONDON Mayor Boris Johnson has published a list of the “key engagements” he has conducted while out Mayor-ing on behalf Londoners.

In the list, covering events from mid-January to mid-February, he says:

Jan 19: I attended a lunch with the banking industry and George Osborne MP, Shadow Chancellor

My, my.. look at all those people he’s met on important business with ‘shadow’ in their titles and all of them Conservatives. Remember, these are described as “key engagements” in the Mayor’s paperwork.

Over the same period he lists only one engagement with real life members of government (the ones who until voted out make the decisions?), which was a date on February 2 with Labour’s John Denham and Tessa Jowell to discuss the London 2012 Games.