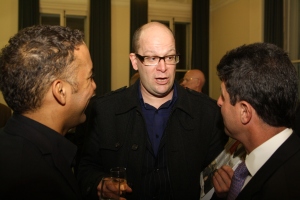 This week was no exception. Nic, once a noisy Labour campaigner in Kentish Town who now runs with the Conservatives, told me that back in 1999 he was on the brink of bringing back The Beatles.

Say what? Bringing back The Beatles! Not a small task, that.

The magical idea was to reunite what was then three of the four surviving Beatles and a Lennon descendant for a Millennium Eve gig. “It would have been amazing,” said Nic, “the whole world would have been watching London that night. Think of the good it would have done.” So, what went wrong, I asked him. Two word response: Theo Blackwell.

Nic tells me that Theo, the Regent’s Park Labour councillor, got overexcited when he heard about Nic’s fabulous idea and told his bigwig Labour pals. Lord Mandelson. Downing Street got wind. The lot.

“As soon as politicians like that got involved, McCartney wasn’t going to be interested,” explained Nic. “Why would he want to get involved in all that? And so it never happened. Theo ruined it.”

Outspoken and thick-skinned, Blackwell has been accused of many things by his rivals in Camden since he first reached the Town Hall eight years ago. But wrecking The Beatles reunion tops the lot..