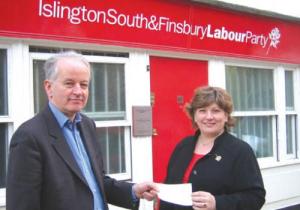 CONSERVATIVE candidate Antonia Cox, standing in Islington South, tried to score some blows on Labour’s Emily Thornberry this week by rooting around the issue of trade union donations. Thornberry, you see has been in BA-barracking UNITE for 26 years.

An exchange of letters I have seen between the two women, politely written on the surface but needly-needly in their content, reveals Cox asking Thornberry how much she has received from the union for her campaign to get re-elected. Unperturbed by Cox’s directness, Thornberry wrote back celebrating a recent £2,000 donation and forecasting more financial support because the constituency is a marginal. She even attached the picture above (of her receiving a union cheque) to her reply to show how proud of her association with UNITE. A top score for transparency?

…and the emphatic reply: 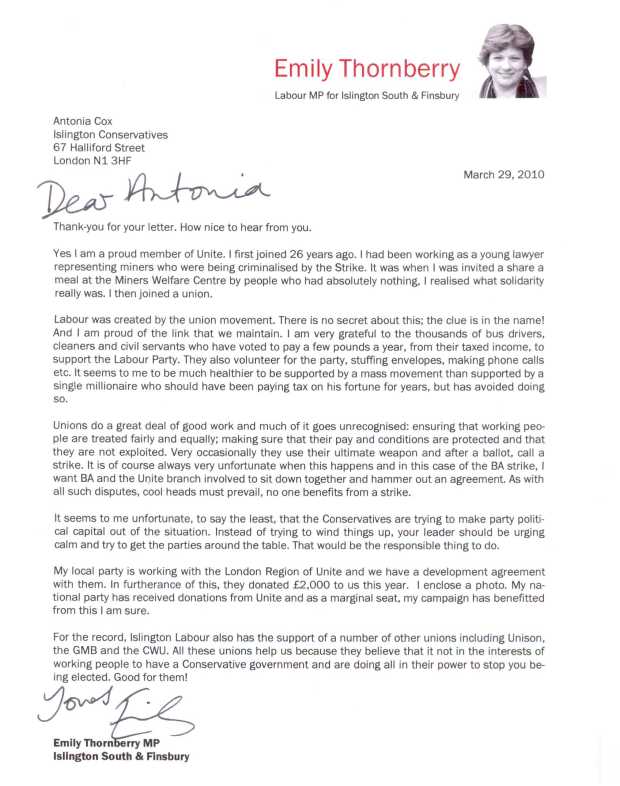