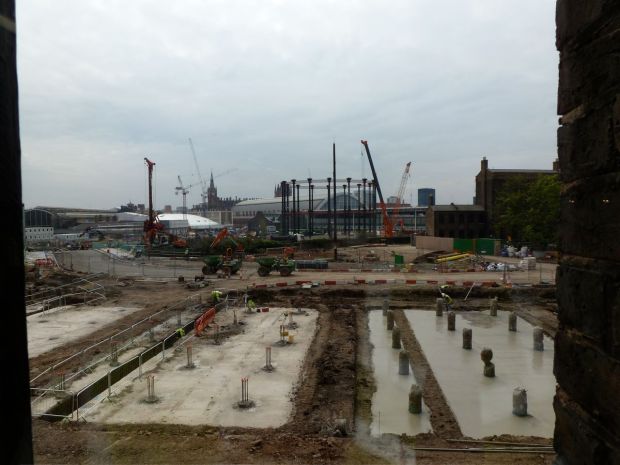 A COUNCILLOR snapped this shot and sent it to me earlier today… in the distance is the site of where these controversial new council offices planned by Camden will be. That briefing by council officers for wavering Labour councillors I was on about in the last post seems to have done the trick for the leadership – and the special meeting of members tonight now looks like finding an agreement to press ahead with it all. I wonder how many voting in favour of the proposals tonight will volunteer to stand in the ribbon-cutting pictures when it opens…