SPEAKING about old Camden Council leader Raj Chada in a post last week, I was reminded of the time he tried to win a Labour selection battle Darlington.

The locals moaned that here was a London lawyer being parachuted into Alan Milburn’s old seat at the expense of good local candidates. Raj was sent back southwards in his sports car/on his onion seller bike empty-handed.

The people of the East Midlands seem to have less qualms. Lawyer and Islington councillor up until last week Lucy Rigby, 29, has been picked as the candidate for the Lincoln constituency. So she’s off – after two years service as a councillor in Upper Street, two years after telling voters she wanted to represent them at the Town Hall for four years – leaving a by-election sized hole at Islington Town Hall. 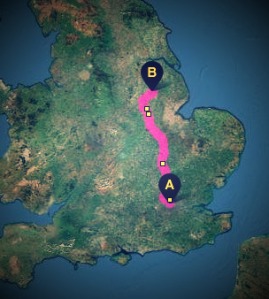 The three hour drive to Lincoln

Lucy explained to the Islington Tribune at the end of last week: “I’m living in Lincoln now and intend to find a job here so I’m not completely not local.”

She went on to have her pic with David Miliband on the campaign trail. She needs to turn around a rough 1k majority to win back the seat for Labour against Tories who broke through in 2010.

I say the people of Lincoln have no qualms about all of this. But you can’t escape the bites of the Labourlist blog, where commenters have used that familiar word ‘parachute’ just the once or twice. 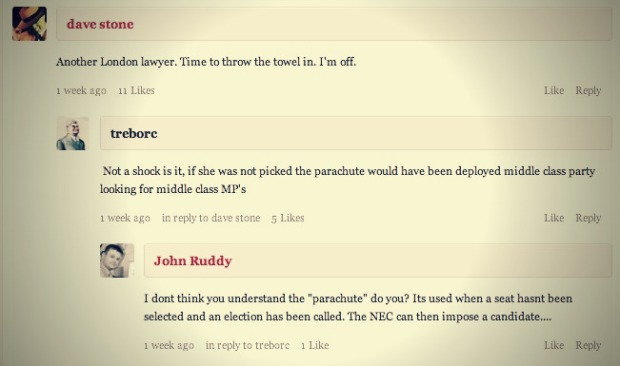