The most looked at and possibly most laughed at was a retweet of Pavan Amara’s picture from the day Hampstead Heath was camped by ‘Occupy’ protesters. When the constabulary arrived, officers surrounded three women and a dog.

Meanwhile, Camden Town’s Banksy got defaced so many times that it was protected by a screen which didn’t meet planning controls – and when the frame came down, the artwork was whitewashed. 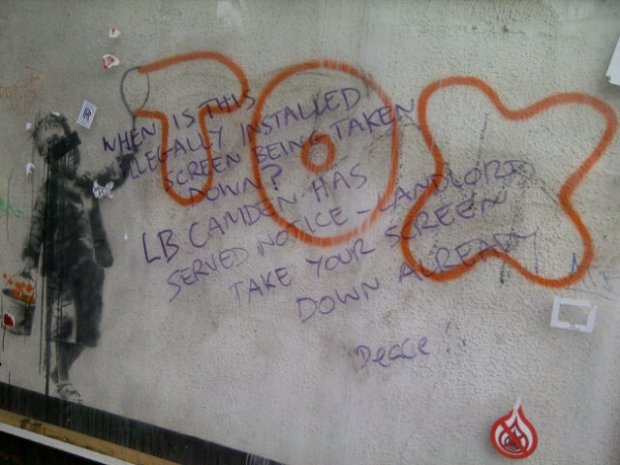 Foxes were running around in broad daylight in Crouch End. 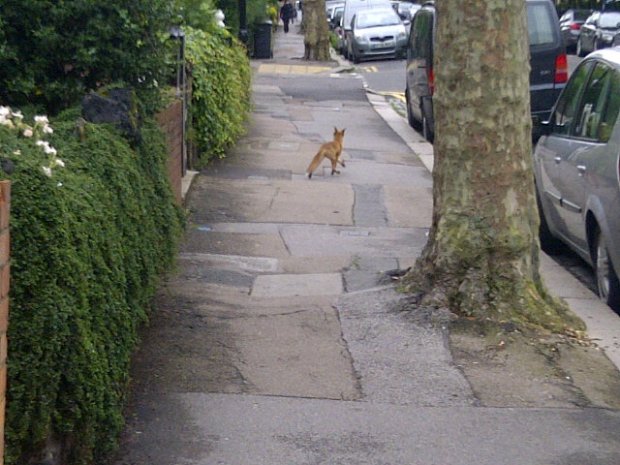 ‘The Best Of Luck’, a special sweatshirt worn at Horace White’s funeral, the man who would repeatedly wish this warm sentiment to strangers on the streets in Camden Town and Finchley.

There was the usual friendly welcome at the Devonshire Arms pub in Camden Town.

Ken Livingstone’s dog looked like he knew what was coming. 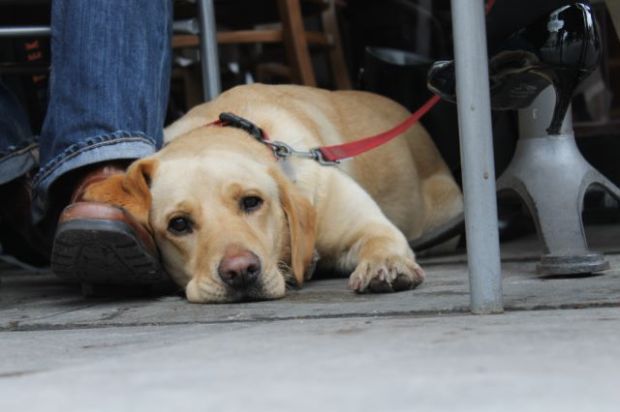 Boris was hard to pin down in Swiss Cottage.

Entrepreneurs tried to get a gondala service going on the canal… this was the Camden Music tour along the water – listen to Madness and Swiss Cottage as you are steered through the Lock. 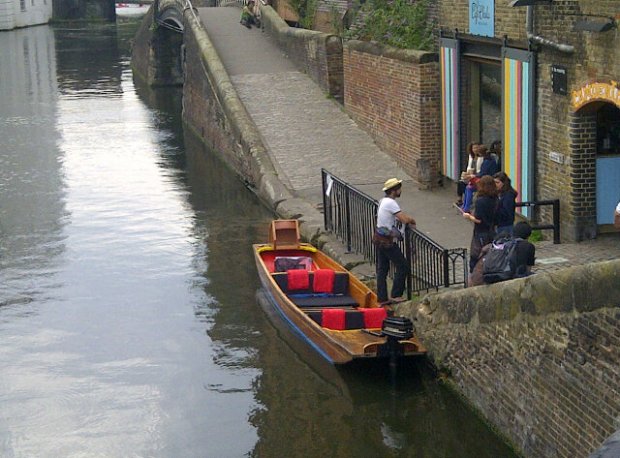 Theo Blackwell demanded a retraction from our cheeky friends at the Hampstead and Highgate Express.

The engravers were needed at the Town Hall to mark a new council leader after a bloodbath of a Labour Group AGM. 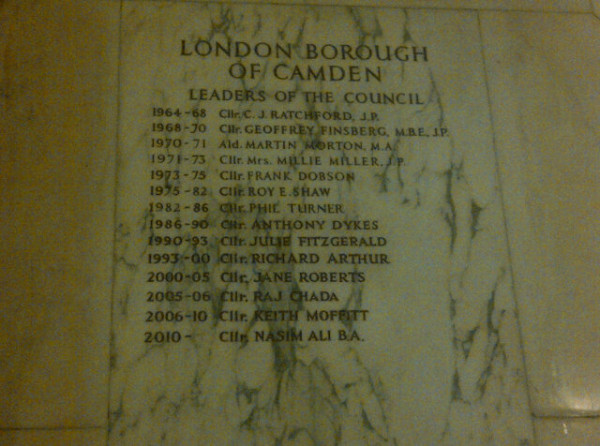 Spurs fans crowed that Arsenal’s fans needed to ‘Mind The Gap’… a couple of months before their team finished below the Gunners.

We discovered that in the case of emergency at Rayners Lane, they provide a jumper from GAP to those involved.

Midtown, as some people want you to call Bloomsbury and Holborn, celebrate the area with the plague.

Police in Camden hunt in packs.

The weather woman from BBC Breakfast finally got to meet the journalist Richard Osley while at Wimbledon.

Spelling lessons needed at Sainsbury’s in Camden Town… but it did apologise for the inconvenience of it still being open. 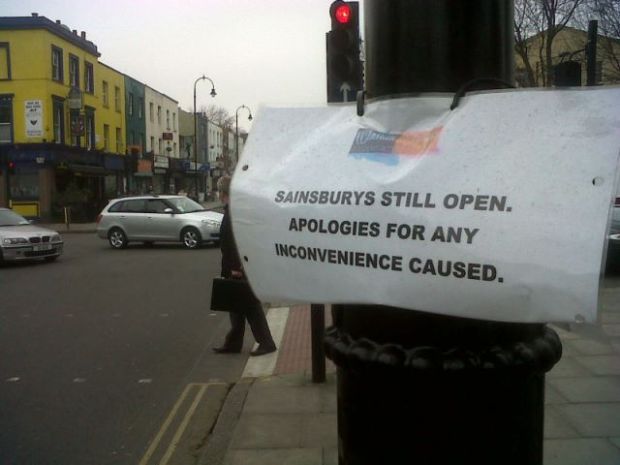 Poor old Waybuloo. On the tracks at Highbury and Islington.

We worked out where Mo Farah got his Olympic celebration… noting a celebration from another sporting hero back in January.

Brent and Harrow kept us all waiting at City Hall on the night of the London elections. 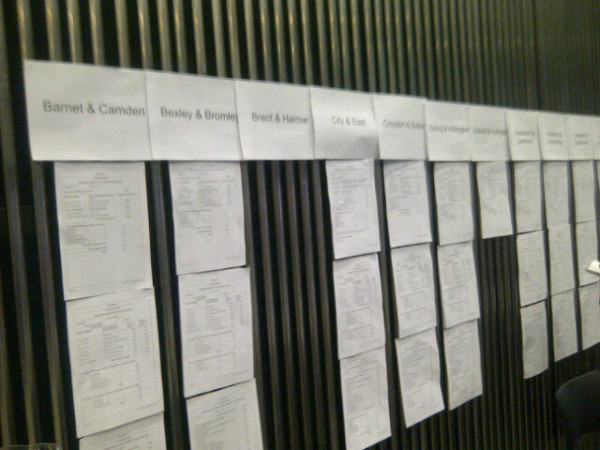 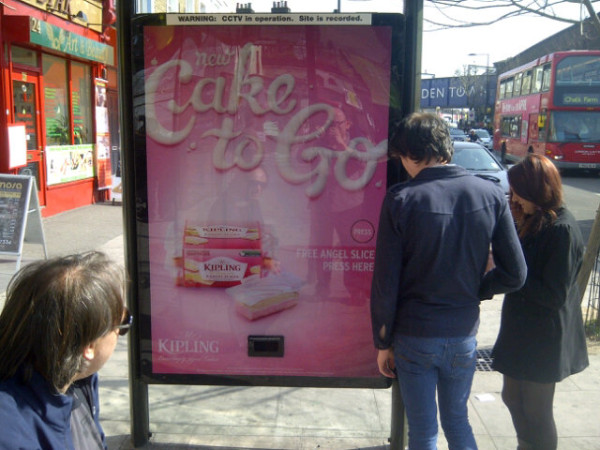 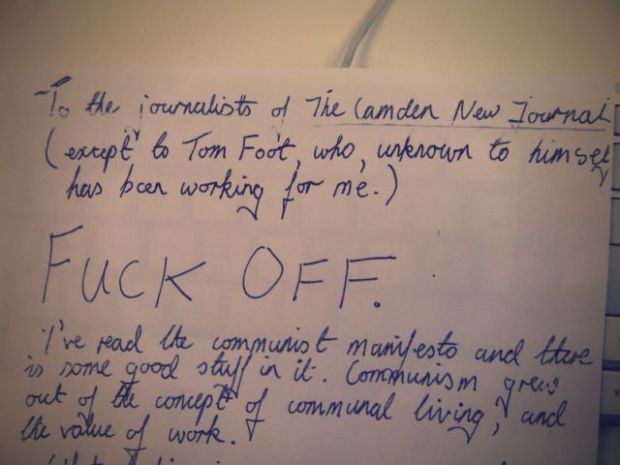 At the Odeon in Parkway, you could watch Liam Neeson with a gun, Bruce Willis with a gun or James Bond with a gun.

BRAZIL WANTED TO PUT CHRIST THE REDEEMER AT THE TOP OF PRIMROSE HILL! 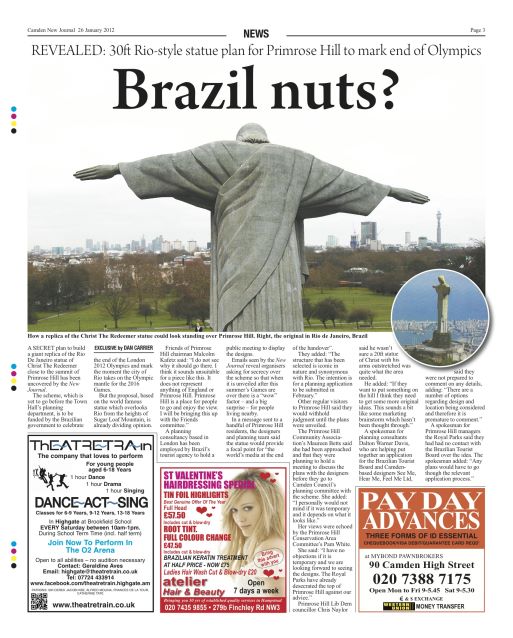 Welfare cuts protesters held a vigil outside Camden Town Hall on one of the coldest nights of the year. 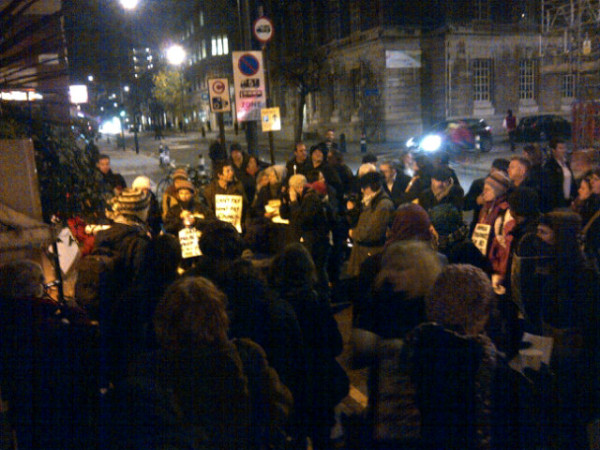 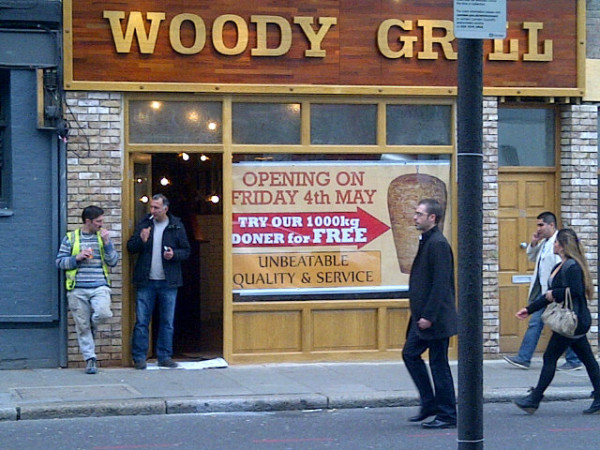 Sharron Davies had her hair done nice at HOB Salons. 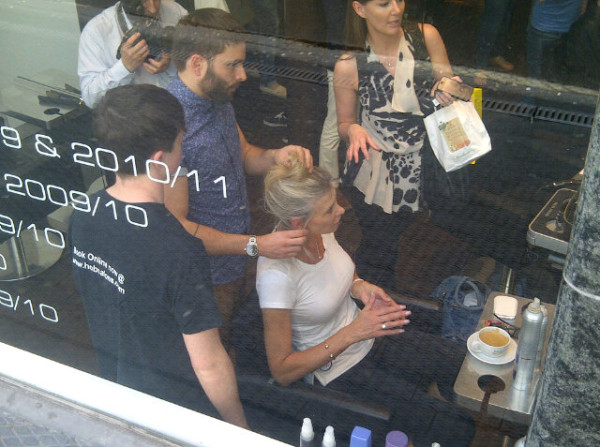 The Olympic mascot opened a takeaway in Bounds Green.

Animals in the New Journal gardens didn’t like this front page: 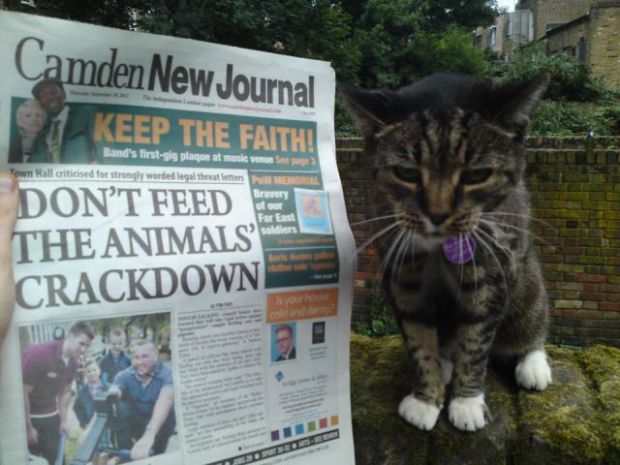 ….and bang in front of UCLH, drivers were advised to drink beer.