BACK at work after two weeks away watching television… I watched:

THE NEWS, which kept us up to date with important issues with tissues. It was good to have it confirmed live from the court that Vicky Pryce had a multipack of tissues handed to her as the news channels tried to pad out a three hour sentencing hearing.

THE POLITICS, which now consists of trying to make politics fun and accessible by bringing us three men grinning at the Cheeky Girls. 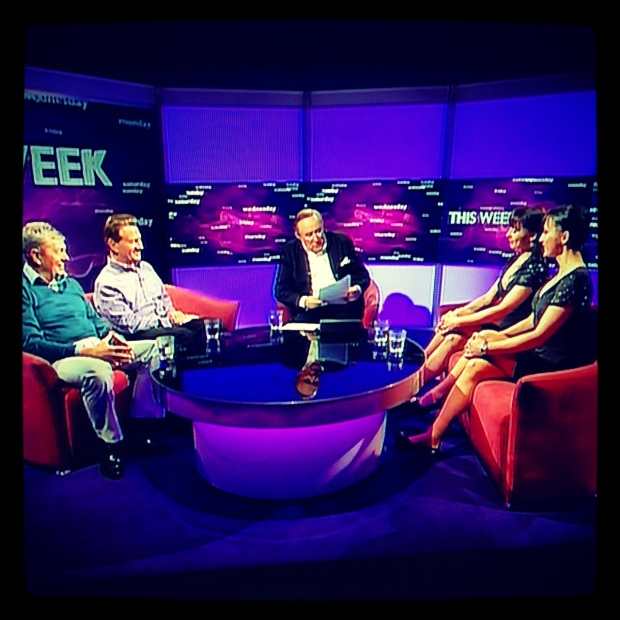 and THE SPORT, where the Olympic legacy burns brightly. Wear a gold medal on Nick Junior (it’s a satellite channel for kids whose parents don’t mind them watching adverts for pink plastic toys in between Peppa Pig cartoons) and people will vaguely remember the long jump final. You can’t blame our Olympians for trying to scratch a living, even if some might say Jessica Ennis cheapens her brand of smiley sports star by advertising banking services in the ad breaks. Switch on at tea-time and you’ll find Greg Rutherford hanging out with puppets and reading bedtime stories to the kids. There’s nothing these Olympians can’t do.