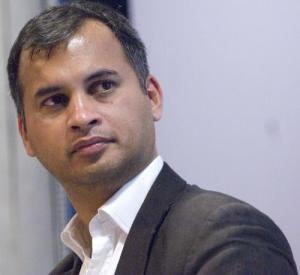 LABOUR London Assembly member Murad Qureshi likes very much to give it the big-I-am when it comes to supporting Manchester United. In fact, he is one of the leading members of the Labour Party’s Glory-Glory Manchester United (LONDON) Supporters Society. He’s forever banging on about this goal or that goal, and seemed quite emotional at Sir Alex Ferguson’s retirement. “Irreplacable”, was his breathless verdict. Poor lad. He’s taking it badly.

Yet is he living a lie? Is Murad actually a Fulham fan? A look at his gifts and hospitality register at City Hall finds him with a free ticket to not just one match at Craven Cottage, not two, but three games this season. All laid on, the register says, by Paul Dimoldenberg, one of the founders of Quatro PR (and a Labour councillor in Westminster). Not bad, this supporting your local team stuff. 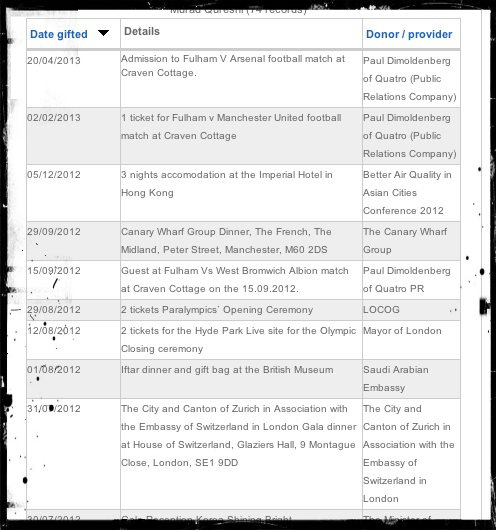 2 Comments on Off to Fulham