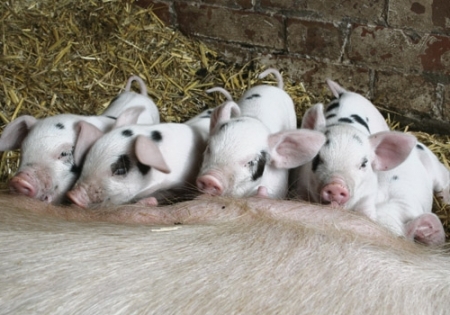 AT least, at least, the Kentish Town City Farm knows, if it didn’t before, how much it is loved. The staff there must have felt some affection as people rushed to click a mouse in its name over the last fortnight.

While steam may have whistled from the ears of council chiefs who felt unfairly targeted, a petition calling on us all to ‘Save Kentish Town City Farm’ at its very least showed that 7,500 fans could be found in less than a week. The latest clarification of the actual state of affairs at the farm is by Ed Berman in today’s New Journal, another alert that although the place, like many others, is always looking for ways to make a little do a lot, the council is desperate for it to survive too and has not broken up its funding.

It makes you think though. What if everybody who clickety-clicks on a petition like this, passing it on with passionate explanations about how brilliant the farm is, were to back it up with a donation. A tenner each? That’s £75,000 for the farm straight off the bat.

If a tenner is a bit steep – and it is for a lot of us – how about a couple of quid from the petition signers then. It’s still £15,000 for a resource everybody falls over themselves to say how much they value. The stark reality is that tweety clicktivism, as well meant and earnest as it may be, is the base level of what supporters can do for the farm. It’s nice but it won’t feed the chickens.

That’s one of the see-saw levers of the internet. It can be used to help a campaign gather publicity, to bring people together to soothe a sore and really show the depth of anger around an issue in significant numbers. But those same pages, where petitions can pop up in a blink, have puncture pins to watch out for too. It can be easy so easy to sign an online petition and then log off as the heroic retweeter, feeling chuffed with yourself for doing your bit in saving something.

In his piece, you can see Berman is asking for a little bit more.

I love this Farm. Sign if you, like me, think it should be saved x http://t.co/Ab5QnrShbE via @38_degrees