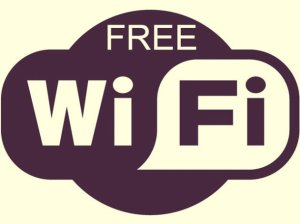 HARINGEY has hitched an idea from Camden and plans to provide free WiFi access from transmitters hidden in lamp-posts.

The council has hooked up a deal with a telecommunications company to give people free internet access in busy areas. Labour bosses running the council over there apparently thought this was a bit of gift to the Haringey people, an idea which would be embraced by everyone regardless of political allegiance and to a certain extent did not need a full-on public consultation survey. It was assumed it would be a cheering move in the direction of making sure everybody can have access to the web regardless of economic circumstance.

But the Lib Dems have said that’s exactly what is needed: consultation. At least one member wrote to the Labour leadership earlier this month querying whether it was a wise move to blanket the borough with WiFi on the grounds that living in a world with transmitters at every turn might just prove to be harmful on health grounds at a later stage.

“I am requesting that the council adopts a precautionary approach so that proper consultation and debate can take place including an opt-out so residents don’t have to have a WiFi transmitter in areas where they don’t want one of have a WiFi transmitter on a lamp post outside their homes,” an objection from Lib Dem councillor Martin Newton said. “Personally, I do believe that the low-level radiation associated with this technology can effect [sic] some residents and that exposure can result in immediate problems such as disruption to sleep and headaches.”

It added that the council could be “facilitating potential harm.”

It’s a fair enough point that scientists often looking back in the future at what we hastily did to ourselves in the past with a degree of horror and dismay. The more research into this area, surely the better. There is a bit of agreement and disagreement about it all in in this old Guardian piece on the subject.

And this is where Labour in Haringey are muttering, with quite loud irritation, things like ‘tin foil Lib Dems’ and claiming the objection is tantamount to saying: Stop the world, we wanna get off.

There is, of course, hardly a spot in any London borough (green spaces aside) where you are not already in the range of at least one WiFi transmitter already. The WiFi wave is already tidal over London whether we want to opt in or “opt out”. The decision has already been taken without anybody asking. If you don’t have one at home, your neighbours probably do and knocking on the door and asking them to turn it off is an unlikely prospect. You can’t go to the shops, to your workplace, to a pub or cafe, or even underground to a tube station, without walking within range of probably two or three transmitters. Maybe more. The council, like in Camden, say their plans are a chance to provide the internet in this way without charge.

The enormity of our WiFi-everywhere climate, of course, should not silence those with deep reservations, nor research into WiFi smogs. Maybe the counter-WiFi-revolution could start in Haringey. Instead of becoming a WiFi-for-all zone, if people want it, Haringey could become the world’s first no-WiFi-anywhere urban area.

The coffee shop industry that sometimes looks, from afar, like it is powering the Crouch End economy all on its own with the simple promise of unfailing internet connections for machiatomallowlatte slurpers with iPads might just raise a protest at that.