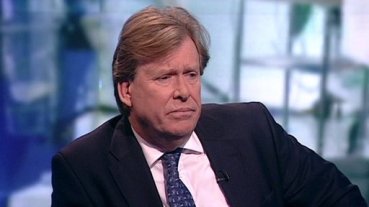 And for Simon Burns MP, who up until midway through Friday afternoon was the government’s transport minister, that dream is being the deputy speaker of the Commons, deputy to John Bercow, a guy he once described as a ‘stupid sanctimonious dwarf’. That’s quite a dream.

A bigger dream, at least, for Mr Burns then, than staying put and fighting HS2’s corner against the growing criticism and a general public baulking at the phenomenal cost.

More fun, more satisfaction, Mr Burns appears to have decided, lies in being a sub for Mr Bercow than guiding the rail link through Parliament, through its sticky moments, arguing down its critics and being there, helping to cut the ribbon, when the first train jets out of Euston.

And so it was, just a few days after we tracked Mr Burns down by going up to Manchester and finding him at conference to ask him what he would do for Camden when the bulldozers move in – a pretty non-committal response came back – he stepped down with a resignation letter to the Prime Minister explaining how he would stand in the deputy speaker election. Such a move inevitably led to cynics suggesting he would have been edged out of the job in today’s reshuffle anyway. The Lib Dems have moved their transport man Norman Baker and brought in Baroness Kramer, while Labour’s Maria Eagle is rumoured to be on the hop too.

A breathless letter for Mr Burns, nevertheless, bulging with praise, came back from David Cameron, including the acknowledgment: “It is no easy ask overseeing the roll out of one of the Government’s flagship infrastructure projects, HS2 – one of our country’s most significant infrastructure projects for decades.”

And the PM is right: It is no easy ask overseeing HS2 when the criticism is more ringing than it ever was. The dream job of landing the dream train-set may not be anybody’s dream assignment any more. There’s tough work ahead.

It felt like we were just getting to know Mr Burns, after rolling with him through the conference corridors. Maybe his replacement will make their way down to Camden, swiftly, to see what HS2 and the HS2 link up with HS1 over Camden Town really means.