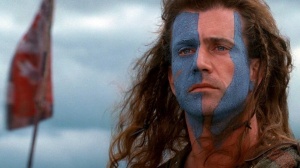 LOUDEST speech of Monday’s full council meeting at Camden Town Hall? Click above – don’t have your speakers up too loud – it’s Conservative councillor Jonny Bucknell getting louder and louder, redder and redder, climaxing with his dukes clenched and a Braveheartian demand for FRREEEEDDOOOM. (You might need a licence for that JB if you do it outside Camden Town tube).

“Put it on my tombstone, ‘Cllr Bucknell had a desire to help the underdog’,” Cllr Bucknell said, as he accused the council of being “elitist”.

This was all part of Jonny’s angry, but ultimately unsuccessful, demand for Camden to drop its new licence system for buskers.

Labour’s finance man Theo Blackwell got up and insisted his party would not take lectures from a man who had “wandered around with an axe” on the night of the Camden Riots to scare off troublemakers (see below, Theo’s words, not Jonny with an axe).

“I was defending Primrose Hill from destruction,” Jonny yelled back.