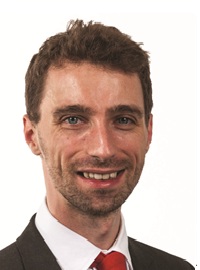 A LABOUR councillor understandably asked whether the last post, the post about Rishi Madlani and the UCH vote, was really ‘news’. Well, it’s not going to make the front page of next week’s New Journal, for sure. But the past tells us there will always be a certain interest in the way the ruling group organises itself, and makes decisions, even if only among a group of local politicos and the curious council staff who wonder where their orders come from.

So, here’s another one purely for the heads. Adam Harrison, the leadership-loyal Labour Party deputy whip is standing down from that influential post due to ‘work pressures’.

Why is this ‘news’? It’s not an earth-shattering revelation, but it’s stirred a little interest here and there because vacancies like this, and how they are filled, can reveal the odd clue as to which direction the boss party is headed.

Richard Olszewski, former special adviser to John Reid, is said to be the front-runner to replace Adam at the mo.