AS the Labour shooters close in on Lynne Featherstone in Hornsey and Wood Green, the Liberal Democrats seem to have resorted to a classic backs-against-the-wall tactic: leaflets which say nothing about your own party policies, and instead solely concentrate on the opponents. Although there are no doubt examples from all of the parties if you search the country, this ultra negative tactic is usually frowned upon for saying little more than vote for us, because we’re not them. It’s been suggested this weekend that this might be the reason as to why the Lib Dems in Haringey have suddenly dispensed of their yellow colour code on their attack leaflet and brought in a green strip. With no mention of Lynne or the Lib Dems, you might have been fooled by the look of the leaflet into thinking it is the Greens who are going super negative in these final days of the campaign. Look closely at the tiny imprint, however, and sure enough the text says it’s been printed on behalf of Lynne Featherstone. 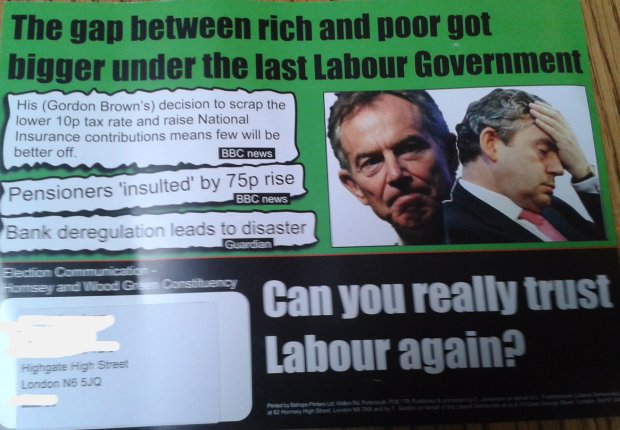 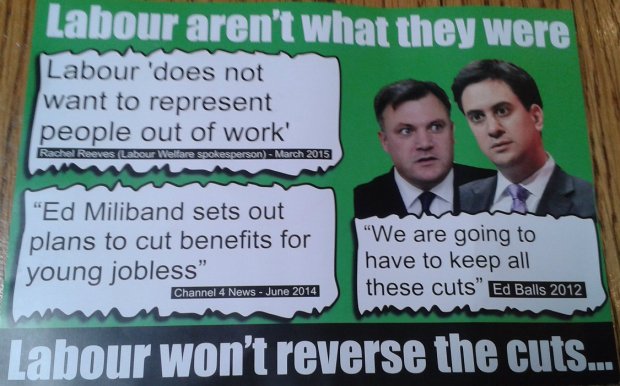 THE TORIES WHO VOTED LIB DEM

A SENIOR Conservative in Camden’s ranks is convinced Labour are in for a shock in Hampstead and Kilburn if it is banking on winning the constituency by simply scooping up disillusioned Liberal Democrat votes. The old hand says the idea that they will simply migrate to Labour is undermined by a key factor of the 2010 election. He reckons that many people who voted Lib Dem back then were actually Tories who had been fatally fooled into voting tactically for the Lib Dems in what they saw as the best way to beat Glenda Jackson. As everybody struggled to decipher which way the three-way marginal would go, the Daily Mail blundered in on election day with a constituency guide to tactical voters and told Tory supporting residents that their best strategy would be voting for the Lib Dems. The article was quickly reproduced by the Lib Dem campaign and stuffed through doors to make sure as many people had sight of it as possible before they headed to the polling stations. Those who followed the Daily Mail‘s bungled guidance, when they really wanted a Conservative MP, have apparently been itching to put right what went wrong for them last time. 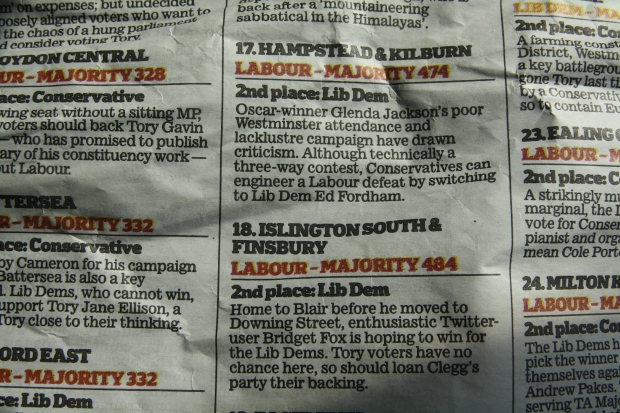 AS tradition has it, Larraine Revah will become Labour’s choice to be the next mayor of Camden, after a year as Lazzaro Pietragnoli’s deputy. Nadia Shah is due to be confirmed as her deputy (and with a route to becoming mayor in 2016) at the party’s AGM a week tomorrow.