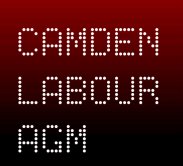 LABOUR councillors in Camden meet tonight for their annual general meeting. It could be one of the quickest and smoothest sessions of this kind they’ve had in a long while. Rather than a bloody fight for cabinet positions, the top table is already sorted with Meric Apak due to come in for Julian Fulbrook. As featured here previously, Nadia Shah, meanwhile, will be joining the mayoral circuit as deputy to Larraine Revah.

We await to see if Maeve McCormack’s challenge to Abdul Quadir’s chairmanship of the Audit Committee is successful, however. And Jenny Headlam-Wells faces a contest for the head of the Children, Schools and Families scrutiny committee from Oliver Lewis. The candidates made their cases in the nomination papers circulated before the election. In Jenny’s sell, there’s an interesting nugget about why Labour is so often successful in Camden’s local elections: it’s the ‘bulge generation’ vote.

“Following a long career in education, I have the time to devote to the role of Chair of CSF Scrutiny Committee,” she writes. “I have a family hinterland of grown-up children, educated at London University, and young grandchildren in local schools, who keep me in touch with issues affecting a wide age group. I also represent the ‘bulge’ generation of post-war constituents, who by their numbers and readiness to vote, are a significant force in keeping Camden Labour in power.”