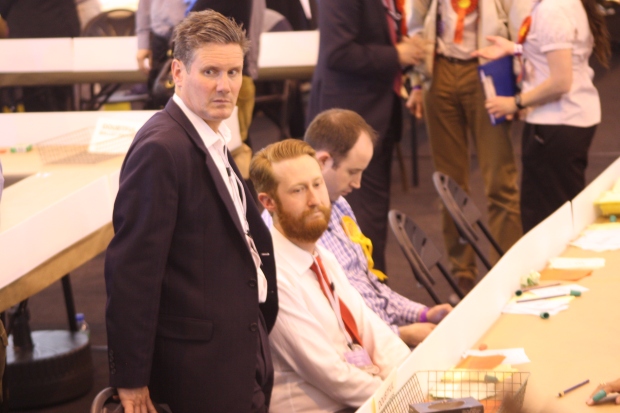 NEW figures released under the Freedom of Information Act last week reveal that of all the web addresses banned at the parliamentary estate, the site which MPs and their staff have tried and failed to access the most is the sexymp.co.uk site. This is the deliberately provocative site made by Made In Chelsea‘s Francis Boulle which throws up pictures of two MPs at random and asks users to decided which of them they would rather sleep with.

Sound tacky? Well, almost half a million attempts by Westminster staff to see the league table were made last year. Hopefully, new Holborn and St Pancras MP Keir Starmer and his friends have not logged on to see his score, however. A check for research purposes today, sees the dashing knight was down at No. 458 in a list of 462 male MPs. Only four MPs were ranked worse at the bottom of the sexy-list: Keith Vaz, Chris Stephens, Karl Turner and last placed Tom Watson.

Hampstead and Kilburn’s Tulip Siddiq, meanwhile, was faring better on the same check, up at No. 26 on the list of female MPs. Not that these things matter, etc etc.