THE FIRST MENTION OF COUNCILLOR SELECTIONS

THEO Blackwell has compiled his now regular digest of points to take from a major Labour Party event, ruffling a few feathers of the revolutionaries in the process. An out-and-proud Blairite, moderate, moderniser (you pick the label), he raises several concerns about how the party may react to Jeremy Corbyn’s landslide leadership victory. The reason that some of his local colleagues who hold contrasting views have been itched by his piece is that he raises the possibility of this all affecting council candidate selection choices in the future, and argues that local councillors have their own mandate which is not directly bolted onto what the national leadership of their party does. 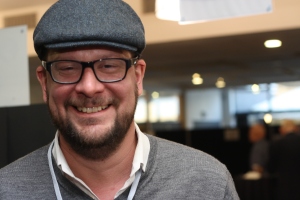 “Being directly-elected, local councillors and leaders have their own (slightly different) mandate, of course, and as it stands there are tighter rules on their selection than for the Leader of the Party,” The writes. “How long that lasts is a question which will be answered over the next four  years. Newer, more militant Corbyn supporters may be keen for councils to resist cuts by not implementing budgets, like I experienced during this debate on welfare cuts in 2013 in particular. ‘Debate’ could spill in local branch meetings and ultimately through to councillor selections in the coming years, starting next year.” 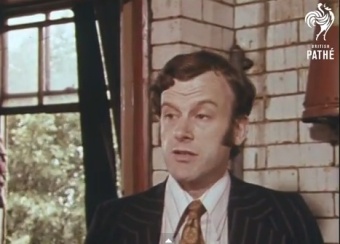 IN my own experience, one of the most refreshing things about the businessman John Mills is that he is accommodating almost to a fault when journalists ask for his opinion. When he was finance chief at the Town Hall, he had a different approach to the media than the rest of Dame Jane Roberts’ cabinet: he’d take the call, answer the question, say what he thought. Thankfully, Camden’s cabinet nearly all do that now, but back then it was a rarity. As the head of the JML shopping empire and Labour’s biggest donor, however, his quickly-available frankness means he pops up in the newspapers with an almost clockwork regularity. His uncertainty about Ed Miliband’s leadership earlier this year was an easy story to get for the nationals, even if he had not meant to sound as destabilising as he did close to general election. The nationals know how to get a ‘Labour’s biggest donor has….’ story because he does not hide away his thoughts, and it was not surprising then that before the weekend was out the Telegraph had him explaining that his funding for the party was going to be paused in the wake Corbyn’s victory. He’ll fund research for the moderates instead.

On this occasion, it’s more than a soundbite. The concern for Mills, whose sister-in-law Tessa Jowell lost out to Sadiq Khan in the mayoral selection contest last week, will have been heightened by the appointment of John McDonnell, the old head of Camden Council’s policy unit, as the new shadow councillor. But it comes at a time when Labour is already fighting government reforms which could limit trade union reforms, another key funding pipeline.

Just walked past Ed Miliband in a dark alley in Kentish Town. Had no idea he was still alive. 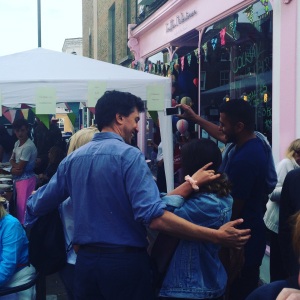 THERE may be lots of snarky jokes about how quickly Ed Miliband has apparently been forgotten (see above); about how May’s general election already seems like an age away. It certainly seemed a little ghosty when Miliband popped up on television on Saturday explaining how new members were flocking to the party and that membership in his own constituency had doubled… since his resignation as leader. Still, near neighbour Giles Coren may tease him, but if you spent even a brief five minutes at the York Rise street party yesterday, you could see he still has an army of fans in NW5 who have not forgotten his contribution. Every two minutes, he was stopped for a selfie request. One wag joked as the cameraphone clicked: ‘I didn’t recognise you without your beard.’ The Milifandom lives.

IS there something we should be reading between the lines, or the raised eyebrows, in the BBC’s reporting of how delegates at the TUC Conference in Brighton have reacted to Jeremy Corbyn’s victory? It was hard to tell yesterday afternoon.

Reading between the lines of the report on the trade union response to Corbyn win on the Beeb just now pic.twitter.com/Th5hzAMQdN — Richard Osley (@RichardOsley) September 13, 2015

REWIND: A tweet from Lucy Powell sent during the leadership contest. She’ll no doubt be spending more time in the Commons tea room with Jeremy Corbyn after being appointed his shadow education secretary last night.

@AnnaYearley I have never, ever met or spoken to him. At PLP, in Chamber, in voting lobbies, tea rooms, library, anywhere …

REWIND: Telegraph columnist Dan Hodges, our old MP’s son, saw this tweet from July hit the 2,000 share mark over the weekend. He might ask whether any of the drol re-tweeters really believed themselves that Corbyn was going to win back July but I’m not sure they are listening.

People need to get a grip. Jeremy Corbyn is not going to be elected Labour leader.

4 Comments on Morning update 14.09.15: Local councillors have their own mandate, says Theo