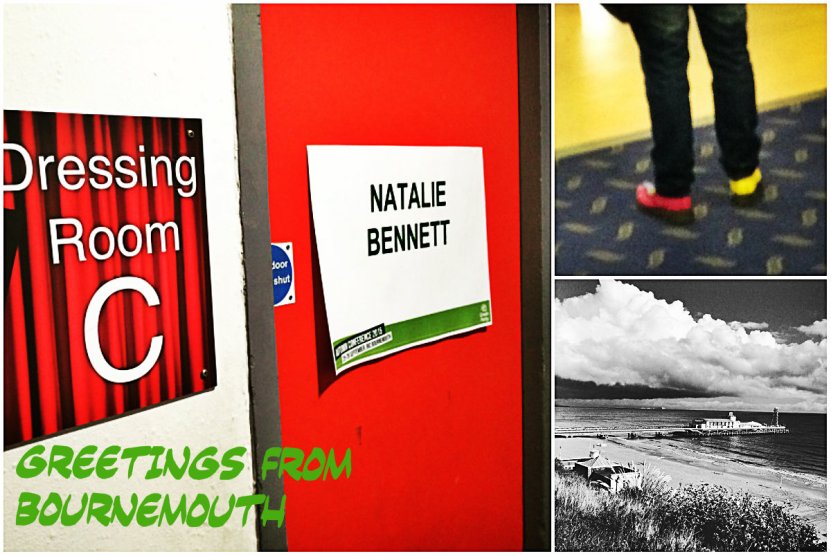 SEE the guy in the top right hand corner of the postcard. In the dialect of a youth on the top deck of a bus, this could be said to be ‘peak’ Green Party conference. Unashamedly wacky, deliberately wacky, here’s a delegate wearing one bright pink shoe and one bright yellow shoe. He was scouring an agenda, which if you looked closely has policy ideas which include making public holidays out of election days and selecting members of the House of Lords in the same manner as courtroom juries. It may be easy to mock, and to chuckle at the shoes, but as the Greens look to ensure their surge does not end with Jeremy Corbyn’s election as Labour leadership they are going to find other ways of getting seen and heard than mismatched Doc Martens.

Natalie Bennett, Caroline Lucas and Sian Berry make for good musketeers, serious voices, but they need to at least be making sure their conference gets in the newspapers. They can no longer look in on themselves. They have an MP who has been voted in twice.

Yet all of their potential coverage was swiped from under their feet by scheduling the opening day with UKIP’s conference/panto on Friday and for the rest of the weekend, the attention had already turned to Labour in Brighton. They may complain about the lack of a fair share of media attention, but this was conference scheduling disaster. The press lanyards prepared for some big name journalists lay unclaimed at the front desk. Truth be told, it meant the cavernous interior of the Bournemouth International Centre seemed a little bit of an over-booking, even if this was billed as the best-attended Green conference in history. This isn’t me trying to crack a clever, lolsy observation but when members were called into the main hall for Natalie’s main speech who had taken chairs at the back were asked to move closer to the front to make it look busier.

It’s little wonder then that it has felt like the Greens have looked a little edged out during these conference weeks: hardly a bean has been written about them and they booked a hall that they were never going to fill. They need to get better at showing off. Members, nearly all of whom in Bournemouth were dutifully wearing at least one thing Green, may not appreciate arrogance or political ego, but they need to be better at spreading the word. The challenge is even greater if they find themselves no longer able to easily out-left Labour.

The question to Natalie when invited to a backstage interview was obvious then: will the surge become a squeeze? Her answer is that 2015 will come to be remembered as a year when politics changed, shifted left and opposed austerity.

And if that’s the case, she argues, public mood is coming to the Greens, rather than drifting away from her party. “It will be the Conservatives who will be isolated and left out on her own,” she insists. I suggested during our ten minute chat, for my job is to play devil’s advocate, that maybe 2015 would actually be remembered for the year that the Conservatives comfortably won an election and formed a government. “Their majority is actually quite fragile,” she said, hinting at the need for a coalition of a new kind.