THE POSTERS IN EUSTON 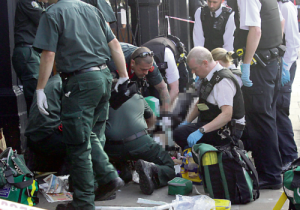 SOMEONE at the Town Hall whose opinions are usually worth listening to asked me the other day why the CNJ had covered the Syrian refugee crisis in some detail in the week that little Aylan Kurdi was found dead on the beach in Turkey, followed Camden’s response closely for a couple of weeks and then, in their words, sort of dropped it. In defensive mode, I suggested maybe we were like the politicians, national and local, who were ‘all over’ the story that week but have since been notably distracted by competing issues. The same might be said about the way we all look at homelessness in Camden Town. In the pouring rain this morning, there are people hiding under cardboard even from the walk from the tube to the office. Their lives became front page news when one man thought to be homeless, Enda, died in front of a rubbernecking crowd one Thursday afternoon earlier this month. His death brought some focus; as a paper we tried to get the debate started and people interested with a page one story and deeper enquiries to the council, experts in homelessness and so on. You can try and brake it but the agenda of boondoggle news stories move on at uncompromising speed. Maybe that’s why if you walk around Euston, another hotspot for homelessness, at the moment you will see somebody has posted copies of our coverage of Enda’s death on railings and gates, as if to say this should be front page news every day, every week, every month… The headline: How many more like Enda?

Seamus Milne? I'd rather have A.A. Milne.

TOM Copley is on TV everyone!

I'll be discussing this before Mayor's Qs tomorrow at 8.45am on @LondonLive. Will the Mayor stand up for London or will he cave to Osborne?