QUIZZED by Labour’s Andrew Dismore at City Hall yesterday, London Mayor Boris Johnson said he was ‘not instinctively attracted’ to the idea of punters raising money to buy extra police for themselves. This is on the back of donations in Hampstead where residents, alarmed by some violent crimes and burglaries recently, have been clubbing together in a fund-raising drive drawn together by neighbourhood activist Jessica Learmond-Criqui. In contrast, Zac Goldsmith, Boris’s potential successor in the mayoral hotseat, said in an interview with the New Journal earlier this month that crowd-funded cops are ‘not an outlandish idea’. Yesterday, the doubting Boris was reminded by Mr Dismore that the champion of the local campaign was a Tory, the chair of the Conservatives in the Frognal ward no less. It led to an awkward quick assumption from the Mayor that such a role would be held by a man.

Dismore: I’m talking about the chair of the safer neighbourhood panel in Fitzjohn’s area, who happens to be chair of the conservative party in that ward.”

Johnson: “I’m more than happy to look at the gentleman’s proposal.”

Johnson: “I’m sorry, the lady’s proposal, and to study it.

TALKING of men, men, men, congratulations to the team behind the council’s new headquarters at 5 Pancras Square which won a genuinely prestigious gong at the British Construction Awards last week. That word ‘prestigious’ is often flown around a little too readily when it comes to awards, but the prize for the new council headquarters at 5 Pancras Square in King’s Cross has, in previous years, been awarded to such illustrious projects as Tate Modern and the velodrome at Queen Elizabeth Olympic Park. Credit where credit’s due, the mass of happy bow ties collecting their award from Lord William Hague is in today’s New Journal. 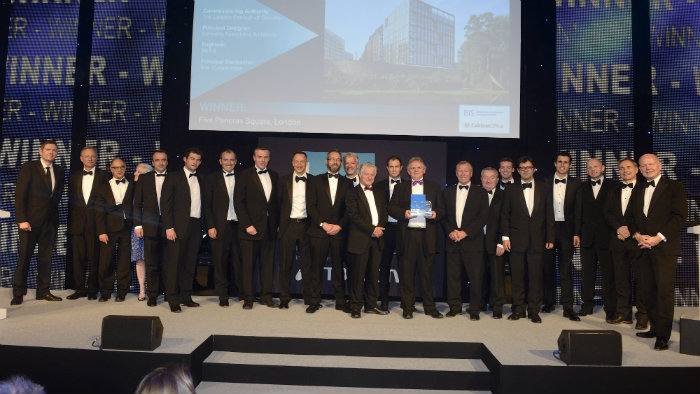 WHAT IS ‘CLEAN BANDIT’ M’LUD?

READERS will remember Tulip Siddiq getting down with Ed Balls to some serious country and western line-dancing during the general election campaign..

But the big revelation this week is that, as jiggy as Tulip got that day in Kilburn, she is not really much of fan of barn dance tunes. No – she’s far cooler than that. In an ultra-soapy profile interview with the Huffington Post, she awkwardly namechecks Clean Bandit and Los Campesinos as being among her new favourite sounds. Clean Bandit are known for the bleeping electro riff you here every time Marks and Spencer want to sell something in a television advert break due to their overused song Rather Be. But can the new MP for Hampstead and Kilburn name any of the band’s other hits? The uhs and ums from her parliamentary office could be heard as far as Camden Town yesterday afternoon.