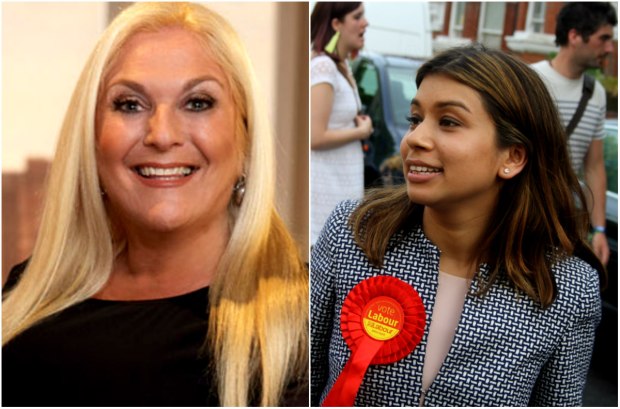 TULIP Siddiq had a curious encounter with BBC London Radio’s Vanessa Feltz this morning, as she took to the airwaves insisting that it was all Boris Johnson’s fault that residents in Hampstead feel vulnerable enough to have begun crowd-funding their own police.

Both the presenter and the MP sounded like they thought the idea was pretty desperate, although Vanessa kept on about how affluent Hampstead was and that residents there might be thankful crime levels weren’t as bad as in nearby Kentish Town. Tulip said yes, yes, Kentish Town has worse crime, but nobody should have to fund their own cops.

And so they hit a stalemate, the conversation descending into Vanessa asking Tulip what she wanted the old police station in Rosslyn Hill to become, even though Tulip had already said she wanted it to re-open as a police station. Neither seemed to want a block of those bloody luxury flats, and so a strange argument developed about whether it should be a community centre which in turn developed into an odd bounce-off about who knew Hampstead better. I was probably there yesterday, said Vanessa loudly ending the conversation.

What perhaps the presenter didn’t know is that on the other side of the call Tulip was in a bit of bother, ironically with the long arm of the law. She had taken the call from Vanessa on her mobile in Queen’s Park, stepping onto the police station precinct in Salusbury Road for some quiet. While on air, officers came out and asked her to hand over her phone to prove that she wasn’t a security snooper.

So there Tulip was, being berated by Vanessa Feltz on the blower, while being hustled by police officers, who she thought she was standing up for. The penny was apparently quite slow to drop for the boys in blue who tried to move her on, while she begged for one more minute more in gestures about how she was on the radio. “They were just doing their job,” said Tulip afterwards. “But it was ironic, given what I was talking about on the show.”