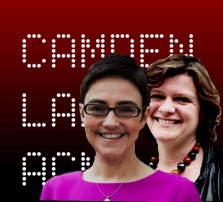 FIVE weeks and a day until Camden Labour group’s AGM and hopes among Haywardites that the idea of a leadership challenge would have fizzled out by Easter have not materialised. Sally Gimson was ‘seriously considering it’ in January, a quote ambiguous enough for council leader Sarah Hayward’s supporters to think she might not actually go through with it. Instead of being disheartened, however, Sally has by all accounts grown in confidence with each passing week and is not looking like someone who has seen an impossible task ahead. The contest almost certainly will go ahead.

Sally needs 20 votes in a secret ballot of Labour councillors to win; maybe less if not everyone turns up the meeting at the start of May. There is varying gossip in the Skinners and Mabel’s about Sally’s backers now being numbered in the high teens with more indecisive members still to make their minds up. Others say Sarah has no reason to be too nervous. At least ten councillors are pulling poker faces over where they stand.

As the incumbent and having only won the leadership by one vote in the first place, Sarah might feel that she needs a greater margin of victory this time to hold a convincing mandate over the group. A similarly small victory could be damaging in itself, but the flipside of the danger for the leader here is that it is an opportunity for her to reinforce her support; challenge is healthy is the mantra. And this, here, is more or less that last stop for a leadership challenge in Camden, midway through the current administration. The tradition goes that you don’t challenge one year before the council elections (i.e. next year), you certainly don’t do it in election year and you don’t it one year after a healthy election result, which Labour is confident of achieving again in 2018. By that theory, people are speculating whether if Sarah defends her position at the AGM, she will effectively be booking the job for another four years at least.

But there’s been a little twist this week. On Thursday, those intriguingly awkward members in Hampstead and Kilburn, many still frustrated that they didn’t get a vote recently to choose the branch chair for the next year, passed a motion asking for the decision to be widened from the 39 councillors to all fully paid up members.

As this is now the official stance of the constituency branch, the council group should at least feel obliged to talk over the issue with the membership, but don’t expect the rules to be altered right now. It would be a huge change. Maybe if this happens in lots of areas, with new Corbyn-supporting members perhaps expecting more say in how things are decided within the party they’ve just signed up to, the NEC could get involved. But in Camden nobody expects this motion to actually lead to the prescribed changes being brought in right now. For starters, many councillors may have a natural resistance, feeling stripped of a certain duty or responsibility that comes with being a councillor. If the entire membership is going to vote on everything, these ward figureheads, regardless of which side of the party they hail and who they might support in a contest, may start to feel a little denuded.

1 Comment on Labour members call for vote in leadership contest