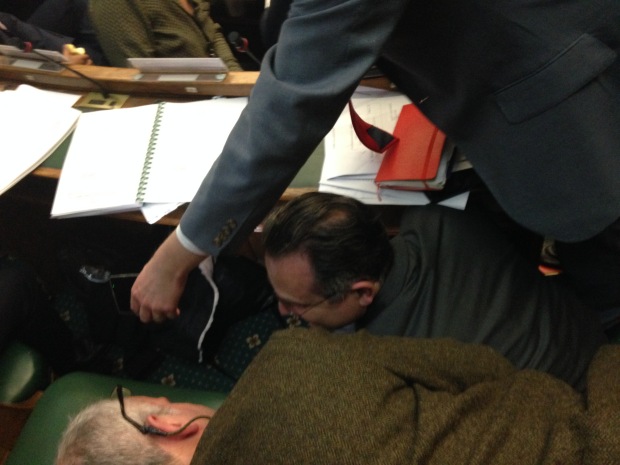 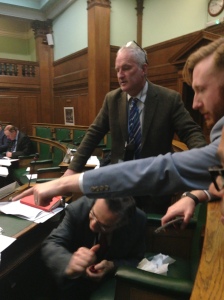 FARCE alert! Camden’s full council meeting was brought to a temporary halt this evening after Labour councillor Lorna Russell, for it was she wot dunnit, spilt water all over the microphone box under her desk, sparking burping static sounds over the PA system while council leader Sarah Hayward was in the middle of a set piece about the cost of turning schools into academies.

Too loud to hear anyone, the meeting was suspended for ten minutes while Labour councillor Meric Apak and all-round spanner-wielding handyman Tory councillor Jonny Bucknell rushed across the room to fix it, alongside borough solicitor Andrew Maughan who appeared quickly with some kitchen towel and Councillor Thomas Gardiner who used it to mop up the spill. 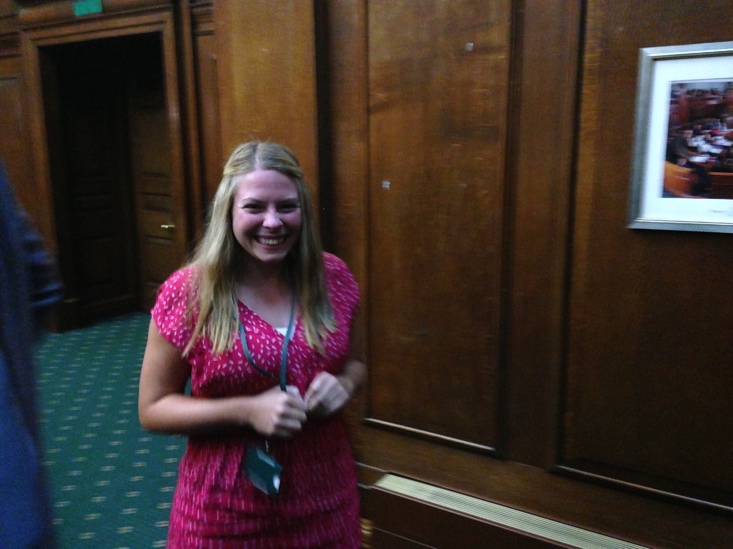