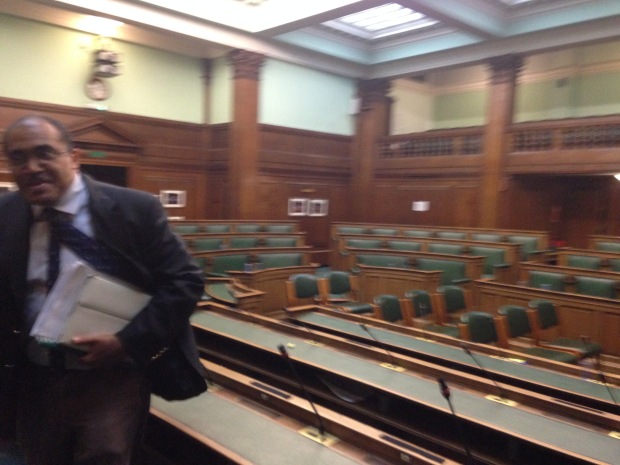 READERS of these pages will know that we are having to wait with bated breath for any shy Brexiteers in Camden Council’s Conservative group to make themselves known. The Tories have said its local policy not to talk about the EU referendum until after the London elections have concluded, insisting to chat in or out with us would prove an unwelcome distraction for Zac Goldsmith’s campaign. That was until last night’s full council meeting when in what some will call a cunning piece of politics and others will condemn as nothing more than a stitch-up, the Conservatives were put on the spot by a motion supporting the remain in campaign.

In a shock move, a shock at least to the Tories who were left calling for the borough solicitor and a check of the rules, Labour backed the motion from Lib Dem Flick Rea and the Greens’ Sian Berry, the fourth vote on the slate, a place on the agenda which is never ever reached, to be ramped up to second for discussion in the running order. Extra time was then bullied onto the stop-clock – we finished at 10:10pm last night – so we could see who would support in and who would support out, a sneaky but clever play by Labour who are a) thinking their rivals are more split than them on the EU, and b) fed up with the opposition  trying to sneak two Tory-led motions instead of one onto these full council agendas. It’s been a very long time since the order of motions is altered.

As it was, Labour had three rebels of their own among a sea of in voters: Sue Vincent abstained, while Roger Robinson and Richard Cotton voted against the motion. In the Tory ranks, Oliver Cooper, Roger Freeman and Leila Roy abstained also.

But where was Dynamite Don Williams, a future parliamentary candidate, his most excited pals say, with the road in front of him? After asking for those rulebook check when the motion was sprung on the chamber at 9:55pm, he suddenly disappeared, vanished from his seat, a quick slurp from the water fountain and away he was gone. So we still do not have Cllr Williams’ views on the EU on record. It was left to others to suggest that no ardent supporter of staying in would scarper from a show of hands vote like this; a vote which leaves Camden as one of the few London councils to have an official stance on the referendum in June.