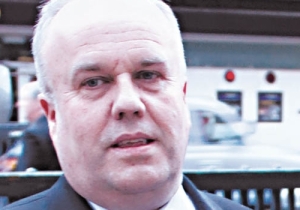 ONE of the reasons the Conservatives feel they have a better chance of ousting Labour from the Barnet and Camden seat on the London Assembly next week is that they no longer have Brian Coleman as their man on the ballot paper. The voting pattern when Coleman lost to Andrew Dismore four years ago appeared to show that in a twin-borough constituency that held by the Conservatives comfortably for 12 years, natural Tory voters refused to support him individually after a string of controversies, which we are all well versed in.

His retirement from politics – or his self-destruction as he put in an interview with the New Journal in January – has not silenced. his attention-grabbing nature, however. Yesterday, as most of us looked on with bittersweet admiration at Hillsborough campaigners winning some level of justice for the 96 Liverpool fans who died at the FA Cup semi-final in 1989 with an ‘unlawful killing’ inquest verdict, Coleman told everybody on Twitter to move on.

The Katie Hopkins of Barnet then spent the rest of the day fighting his corner – with too many tweets to re-published here – as, in response, he was called an insensitive arse (by actress Melanie Reid), a full-time wanker (by Labour MP Jamie Reed), and the rest. The worst thing for his league of haters was, as is the way with all proficient shock jocks, that he sounded like he was enjoying it. Asked by one boiling Twitter user whether he fancied a day tripper to Liverpool, he replied: “I have managed without visiting the place for 55 years it is not top of my bucket list.”

Still, what will current Conservative assembly candidate Dan Thomas, busy hiding from the April snow yesterday by telephone canvassing under a painting of Margaret Thatcher, make of it all? After all, Coleman has readily endorsed him as the one to watch. “I’ve been impressed with Dan,” said Mr Cole­man in that CNJ interview, in which he predicts Dismore’s downfall. “He is 35, blond, good-looking, the deputy leader of Barnet Council and he’s intelligent.

Weather has turned so I'm now calling residents under the watchful eye of Mrs T pic.twitter.com/hvM5Ceno0E