NADIA Shah officially became the new Mayor of Camden last night, and followed the recent theme of these events by bringing along a mate to sing in the Town Hall chamber. Listening to a medley of tunes from Nadia’s youth, some of her colleagues looked a little puzzled as to whether or not they recognised Blackstreet’s No Diggity or the Artful Dodger’s Re-Rewind (The Crowd Say Bo Selecta). There was no hiding place, however, when Nadia’s singing friend in the gallery ordered the suits and gowns below her onto their feet to clap along to Robbie Williams’ Let Me Entertain You. You can see from this snatched footage some of them managed to do it in time.

At Town Hall tonight, councillors clap, some in time, to Let Me Entertain You at ceremony for new mayor Nadia Shahhttps://t.co/XZZA6jpvcN

Nadia, by the way, had asked for the ceremony to be a little more smarter than it has been in previous years, requesting black ties and boas. Definitely no Leicester City scarves. Here’s a few taster pics of the party from the CNJ’s Ella Jessel.

Sarah Hayward with Georgia Gould, whose promotion to a bigger role was confirmed last night 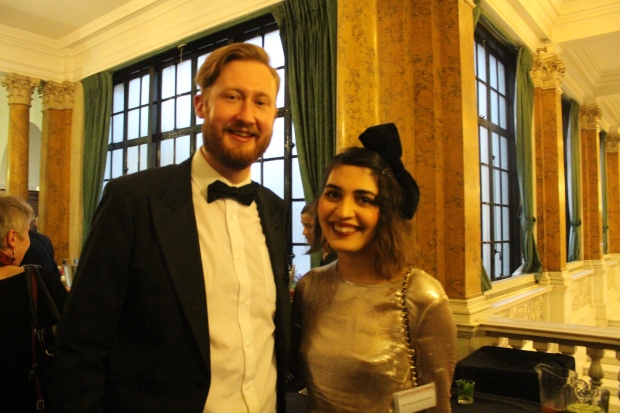 All of the male councillors at the Town Hall

3 Comments on Let Me Entertain You