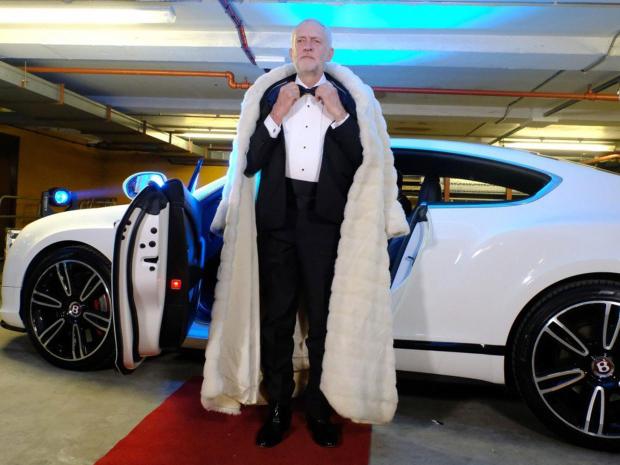 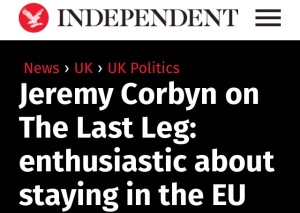 LABOUR leader Jeremy Corbyn was either ‘enthusiastic’ about or ‘no fan’ of the EU, depending on which newspaper you read, when he appeared in a tux and furs on Channel 4’s The Last Leg on Friday evening. While different titles may have alternative views over how people should vote, you could forgive journalists for being a little confused over what the Labour leader really feels about the remain-or-leave referendum on June 23 after such a low-key role in the debate over recent weeks. If Britain does leave, you can already see the backlash of blame being lined up for him among enthusiastic remainers within his own party. 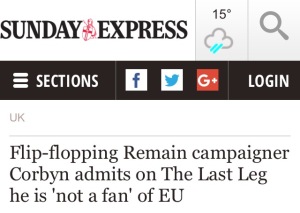 While the debate is sometimes characterised by Remain campaigners as a battle against the most self-interested Tory and UKIP supporters, Corbyn will be aware of the Brexit urge among solid left wingers who believe the true socialist choice is to leave the EU.

There were Labour Party members, writing in a personal capacities, for example, calling for a Leave vote in the letters pages of the New Journal this week. They included Dean Williams, the chairman of the Holborn and Covent Garden branch, whose view cuts across that of his own local MP, Sir Keir Starmer, and the council leader Sarah Hayward. Labour councillor Roger Robinson, one of the longest servers at the Town Hall, is among the list of co-signatures, as are many familiar union reps.

Their view: “Jeremy Corbyn’s election showed people want a Labour Party dedicated to defending workers’ rights against Cameron’s austerity. Yet a Labour government will find itself in conflict with EU rules preventing governments taking back public services from private companies. Cameron and Osborne will be finished if they lose this referendum. The Tory party is tearing itself apart. A vote to leave the EU on June 23 is the quickest way to get rid of the Tories and save our democracy. We call on fellow Labour Party members, trade unionists and socialists to vote Leave on June 23.”

3 Comments on The Brexit urge among Camden’s left-wingers