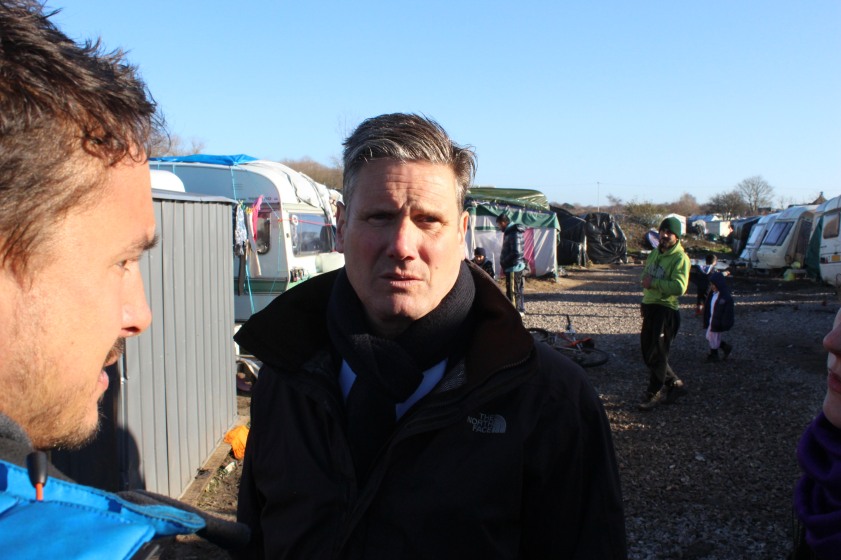 STICK or twist for Labour MPs, who must now decide whether they are willing to join Jeremy Corbyn’s shadow team at Westminster this week, some of whom having resigned with such fury in June that the bridge back looks more like it has been obliterated by Trident rather than simply burned down.

Tulip Siddiq and Keir Starmer didn’t scorch the earth, though, and it could be said were rather timid in their criticism of the Labour leader as they explained why they favoured the offer from Owen Smith.  Their almost polite approach to asking for something else may have frustrated those who felt a more gung-ho approach was needed to see the change in leader they wanted, but it was understandable nonetheless, as both set out to avoid the accusation that they had betrayed members who not so long ago they were asking for support from in their personal selection contests.

Their constituencies, after all, nominated Corbyn.

The product of all this is that, whatever they may think privately, both will be chalked up in a column that isn’t ‘core group hostile’ on the Corbyn office wallchart-matrix of internal love and hate, and therefore sooner or later it is inevitable that they will get the call to come to work. Something may even be in place by the time you read this.

In theory, our MPs could follow the line of non-cooperation prescribed by some of Corbyn’s fiercest opponents, the view that he cannot be removed through internal challenge so he should be allowed to fulfil their predictions of absolute failure, and do so somehow without letting him bring them all down with him. But Keir and Tulip surely know this is unlikely to wash with the Labour voters in Camden where it’s scarcely believable that members would be happy with the headline acts in their local politics kicking the carpet in the back rows and moaning about Corbyn while the government picks the way it wants to scalpel the United Kingdom from the European Union. A public sulk would prove very risky in an area like Camden.

When we left the EU, what did you say, what did you do, papa? Well, kid, at that time I didn’t really like the leader the members chose twice, so we played hangman during debates in the Commons and drank lemonade on the terrace until Corbyn finally gave way in 2020. Or was it 2025.

OK, there’s other things they could fill their time doing, even if the escape routes of becoming a metro mayor or a select committee chairperson are being snapped up quicker than the apple strudel at Lindy’s. But, refuse to muck in now and make good on those unite behind the leader lines, and the perception that constituency members may quickly develop is that their MPs sat on the sidelines during a historic debate on Brexit which changed the course of the country’s history. When they chose their candidates ahead of last year’s general election, that’s not perhaps not what they would’ve had in mind from the legal brains of the former director of public prosecutions and a riser who has seen a form of international diplomacy inside the walls of her powerful aunt’s house, and already lived a life which has involved shaking hands with Bill Clinton, Mother Theresa and Nelson Mandela.

By the same score, both are aware that cards will be marked by the new Westminster rebels if they ‘go back’; in Tulip’s case it would be more a move to taking a larger role, as she did not actually resign from her position as private parliamentary secretary. It will not play so well, perhaps, with those who say a ‘fake unity will help nobody’, to quote one of Keir’s constituency members, Ayesha Hazarika, a former adviser to Ed Miliband on Newsnight this week.

Maybe that’s why they are obliged to at least look like they are not easy pulls for Corbyn, and that they are driving harder bargains behind the scenes before accepting quickfire job offers. Tulip, for example, said this week she wouldn’t just take any role, warning that she won’t be fobbed off with something like farming or fisheries because “they aren’t that relevant to my constituency”, translated locally as: I don’t want to be off somewhere looking at cows with blue tongues on Corbyn’s behalf, when I’ve got a marginal seat to defend back in north London.

You’ll see in the New Journal today that she instead suggests a job on Brexit negotiations for herself.

Keir, like Tulip, also calls for Corbyn to make a harder order against apparent deselection plots. It’s a condition of returning to work that would be useful for MPs in more vulnerable positions than himself, but still a spot of public hardball with which he himself can use to counter anybody who claims that he is crawling back, slithering back, or whatever colourful terms the angriest modernisers will use in opinion pieces about those who chose to work under Corbyn.

They’ll come, I guess, but they won’t come quietly.