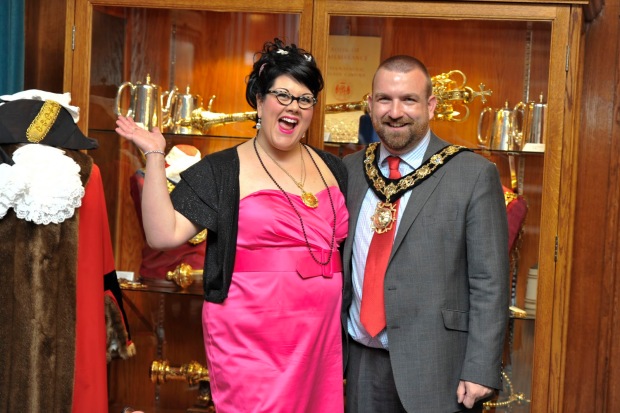 LONDON mayor Sadiq Khan this week found himself defending his appointment of Amy Lamé, the former mayoress of Camden, to the role of ‘night tsar’ promoting the capital’s after dark economy.

The Sunday Times had got the ball rolling last weekend on the investigation into her appointment by revealing some rude tweets she had sent about Tories, searching her CV for relevant experience and questionning the recruitment process. Other titles jumped in afterwards and Khan was eventually forced to talk about it at the regular Mayor’s Question Time session on Wednesday, where he agreed that he didn’t condone some of the things that Lamé had posted on Twitter.

There was wincing around City Hall as Gareth Bacon, the leader of the Conservatives, read out some of her output, like a teacher calling out a note confiscated from giggling pupils, including one in which she said the solution to a hard day was “gin and tonic and fantasy bitch-slapping of Cameron and Warsi’. The wincing got worse when he read another in which she had accused David Cameron of using his “dead son as a pawn to show you care about the NHS.”

All fair scrutiny of the appointment process, perhaps, but the original newspaper coverage certainly enraged some of Amy’s more protective pals back in Camden, once they saw the author of the first report in the Sunday Times at least.

The byline? Andrew Gilligan. Cue lots of backstage irritation about how the Sunday Times had never called for an inquiry into how their new star reporter was once hired by a London mayor himself. “It’s a cheek. He was hired as the cycling guy by Boris Johnson, who was elected as mayor in London after Gilligan wrote a relentless stream of anti-Ken [Livingstone] articles,” one livid Labour councillor vented this week.

Lamé, meanwhile, remains in the job with Khan insisting he has no regrets over his choice.