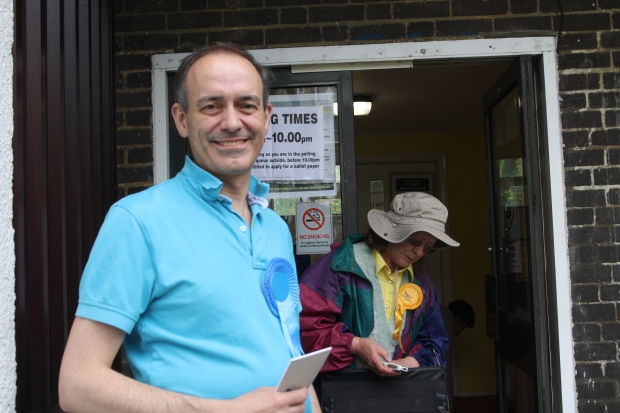 ONE of the characters of our council chamber years, a man almost painted indelibly into the story of what has gone at the Town Hall over the last two decades is considering an end to his long stint on the Conservative benches. The Tories would be losing one of their most experience heads if Andrew Mennear, a councillor in supersafe Conservative ward Frognal, does decide that it is time to pull the curtain down. He’s coy if you ask him about his plans, but doesn’t deny that it’s something to think about.

The next borough-wide elections in 2018 would mark 20 years for him (you get less for murder etc etc), including let’s not forget four years as Camden’s education chief. He almost became an MP in Finchley and Golders Green in 2005, denied by the late Rudy Viz by just 741 votes. It was an election too soon, for as we know the Conservatives have won the last two elections there since with Mike Freer. Since the Lib Dem and Conservative partnership came to an end in 2010 and with the emergence of Claire-Louise Leyland as leader and Hampstead councillor Oliver Cooper as the new gunslinger, Mennear has played a less substantial role on the front bench but he’s still capable of taking on the cabinet. He’s a busy man with his day job at BP, too.

As he insisted lips were sealed on Monday night, I joked with him that there would be petitions over this, simply because he has been a great panto villain to watch, a sort of cartoon Mr Nasty sand-kicking and popping left-wing party balloons wherever he could. The best example of his political escapades in north London? Easy, he once told Stonewall they should pay for condoms to be cleared from Hampstead Heath, even posing with some discarded packs of johnnies for a picture in the papers. When people on benefits were told to move from Camden, and their established networks more recently, to Birmingham, meanwhile, he said: “London isn’t everything. There is a life outside of London.” This guy was doing say what you think politics long before Jeremy Corbyn, and fair play to him for being that way.

Enjoyably, btw, here he is telling people to stop boring on in council meetings…

While he considers a possibly exit, I’m not allowed to use tabloid terms like stampede or exodus for the likelihood of others joining him at the door. Others can do that, for the gossip this week was that at least five of the 12 Conservative councillors are wondering whether next time may be the right moment to step down, including, it’s said, Tom Currie in Hampstead. Andrew Marshall, a former group leader, has already made clear his intention not to renew in Swiss Cottage following the EU referendum result.