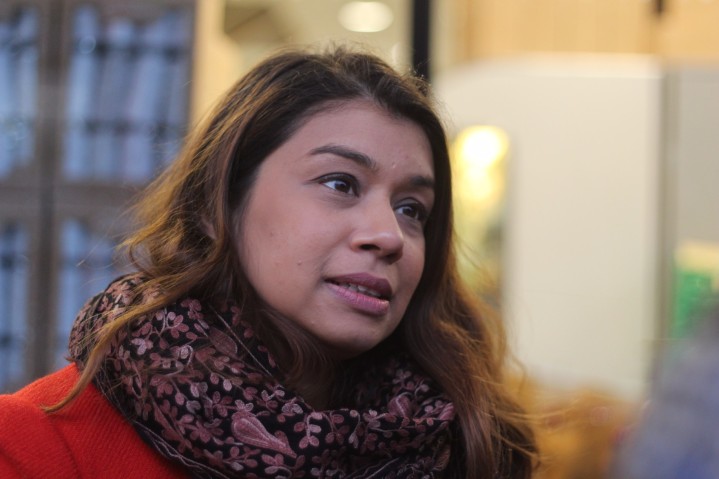 The Hampstead and Kilburn MP has complained to police about the ‘doorstep’ style interview at Saturday’s demonstration for Nazanin Zaghari-Ratcliffe in West Hampstead, also attended by Emma Thompson.

In the meantime, clips of Mr Thomson’s film – aired this evening – are being widely shared across the internet, including a hand across the camera (never works) and Ms Siddiq telling pregnant producer Daisy Ayliffe: “Thanks Daisy for coming. Hope you have a great birth because child labour is hard.” This has been digested as a threatening comment by the Channel 4 News, and many who watched at home. Ms Siddiq’s supporters say this is a stretch.

Her relation to Sheikh Hasina, her aunt, the prime minister of Bangladesh where the government’s human rights record has been under scrutiny for some time, was, however, always an issue that was going to flare up. Ahmad bin Quasem’s vanishing is not a new story but it’s hard to think of a time when it has been raised as forcefully as this, the renewed interest having been triggered by Ms Siddiq’s front row role in the campaign to get Ms Zaghari-Ratcliffe free an Iran prison cell.

The old picture with Putin featured in Channel 4’s reports, meanwhile, has been used against her several times before but often in an underhand way: it bounced around on email before her selection in H &K, somebody was shoving through letterboxes before the 2015 general election meanwhile. This is more direct, in fact as direct as it has ever been.

There are Awami League opponents in this country who believe the regime in Bangladesh are ecstatic at Ms Siddiq’s two election wins, because to them having a relation in the House of Commons somehow gives Hasina a greater international legitimacy. During her rise from canvasser to councillor to MP, however, Ms Siddiq has very often downplayed the link, saying a fair world would be judge her on her own record rather than that of her famous family connections.

We’ll keep our eyes out for the full footage of Tulip Siddiq vs Channel 4 tomorrow.