THE latest from the turbulent times over the border in Haringey sees Peray Ahmet – tipped as a potential future leader of the council – quit Claire Kober’s cabinet this morning. In her resignation letter, she urges the council leader not to make any major decisions before May’s local authority elections. Cllr Kober has been re-selected to stand again, but is up against it after losing a host of key supporters who have either been deselected or stepped down with a deselection threat looming.

The Haringey Development Vehicle land deal (and support for Jeremy Corbyn) divides the group with the outgoing politicians blaming a Momentum plot. Cllr Peray claims that past decisions have been made before meetings of the cabinet in Haringey. 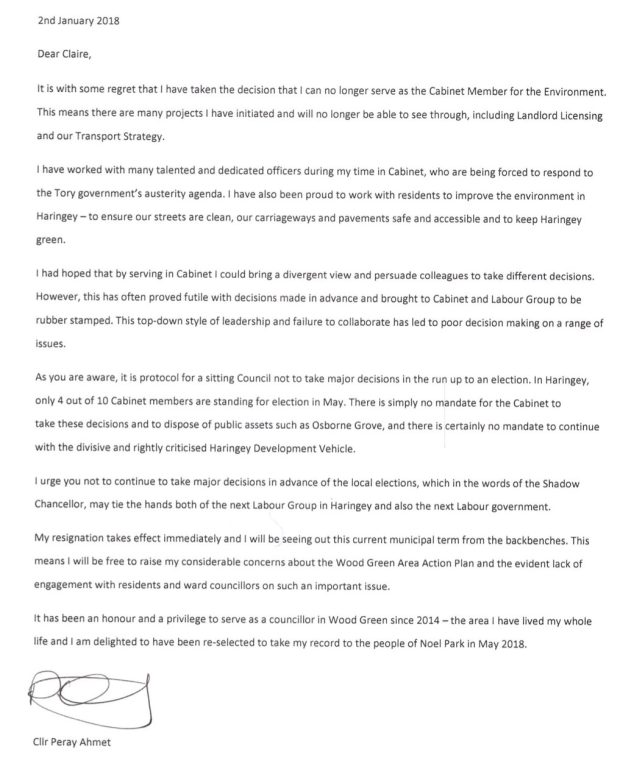 UPDATED: Cllr Kober responds…. basically telling Cllr Ahmet to buzz off with the idea of putting off those ‘major decisions’ until after the borough votes in May.