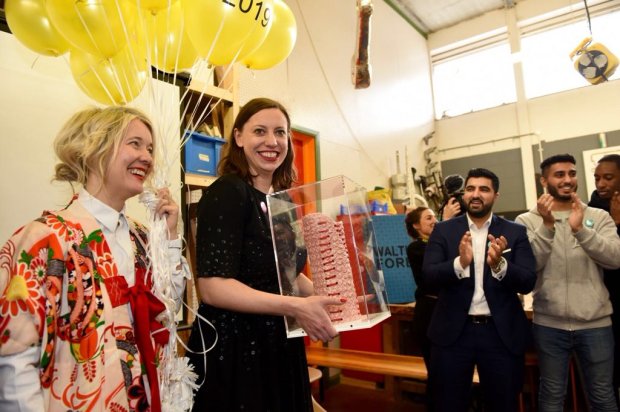 HOW did Camden Council not win the race to be crowned London Borough of Camden this morning, after the money and staff hours spent on a dazzling bid, the vast number of celebrities hoiked in to endorse the campaign, the array of major cultural institutions on our doorstep, the musical past and, of course, the hipstamatic promo video? We were all looking forward to the party.

The borough was surely supposed to be a shoo-in from the start with its famous heritage, but the Mayor of London has looked elsewhere. Victory has gone to Waltham Forest and, for the year after, Brent. Camden has had to make do with one of six runner up prizes, which means funding for an augmented reality culture trail for your smartphones (a return on the investment). While there is a silent division in the Labour group about Camden’s lively enthusiasm for the contest, there were officers and volunteers, completely unconnected from politics, who worked very hard on trying to win.

It’s all made for a cup final day for the capital’s local authorities and less than three hours after Sadiq Khan had opened the golden envelope at City Hall this morning, an unsolicited email arrives at the CNJ’s offices from the jubilant press team at Waltham Forest noting that they had seen last week’s coverage – presumably the article in which we explained why the council seemed to be shooting at an open goal in this contest – and advising we look at their winning bid.

It’s just disappointing such a gloriously loaded email is not signed off with a wink emotico… for after Sadiq pitched the London boroughs against each other – a novel alternative to simply handing funding to local authorities in need – Waltham Forest are certainly not crowing or anything like that.

Hi all at the Camden New Journal,

We saw your coverage of the London Borough of Culture and we thought you might be interested in this video and press release – below: https://www.youtube.com/watch?v=TFpPqaCKQqM&feature=youtu.be

So here’s Waltham Forest’s winner of a video (make sure the sound is not up too loud, the drumming will have the neighbours around):

And a last look at Camden’s sun-filtered effort:

Also Brent, who topped £70k in spending on their application. Their vid is a bit like Camden, a poem but moodier.