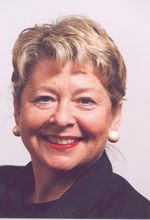 A SERIOUS alert in neighbouring Brent this afternoon, where the Conservatives are absolutely fuming that a false rumour has started, apparently shared among their Labour rivals, that a Tory candidate has died.

With polling less than 24 hours away, Conservative activists allege dirty tricks and have asked the police and Brent’s chief executive Carolyn Downs to investigate the claims that Carol Shaw, who is standing in Brondesbury Park, had passed away. She hasn’t, and this has apparently been confirmed in a warning email to all parties from Ms Downs.

Campaigners have been told they could be in breach of the Representation of the People’s Act if they spread incorrect information.