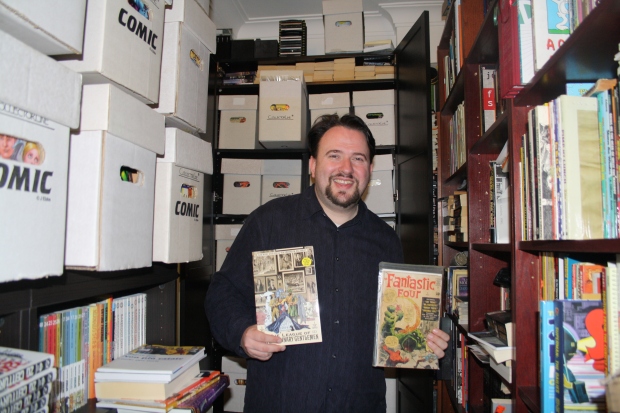 TEN days ago, the council chamber was on tenterhooks listening to Gio Spinella’s will-he won’t he speech. The vast majority of contributions are delivered to bowed heads staring at phones and tablets, but suddenly everybody’s attention was fixed on the Conservative group’s deputy leader.

Who would have thought his dramatic whip-breaking in Camden Town Hall last Monday and support for a ‘people’s vote’ would trigger Brexit chaos on a national level, resignation letters and calls for votes of no confidence in Theresa May?

The meeting went back to the tablets and the half-listening when he stood up again in open session, using that time to share his personal fandom of Stan Lee, the Spider-Man et al illustrator who died last week aged 95.

More recent readers may not be aware that Cllr Spinella has a cavern of comic books in his Swiss Cottage home and has himself dabbled in writing scripts for graphic novels.

His eye-catching credits include ‘Love Alien Sex’, but be warned it comes with the disclaimer that it is ‘recommended for mature readers’.

And in another of his scripts, perhaps slightly uneasily for some of the colleagues who bumped him out of the group leadership earlier this year, a character scalpels out the eyeballs of his lover’s friends. It’s a comedy, apparently.