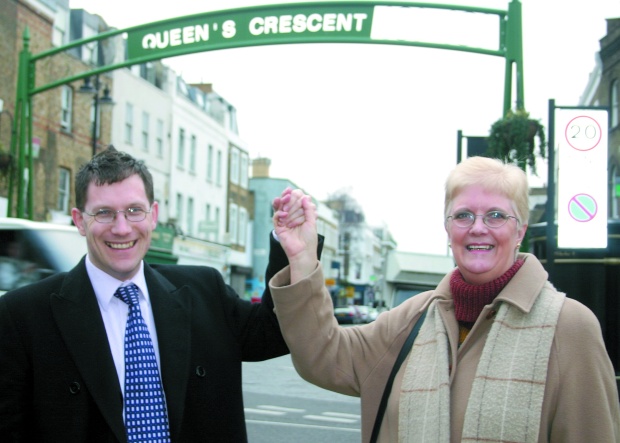 THE local elections elsewhere in the country brings us a blast from them past: Liberal Democrat Ed Fordham has been elected as a councillor in Chesterfield.  He was part of a campaign which took seats from Labour. “I is a councillor,” he tweeted this afternoon.

In 2010, he fought a famous three-way battle against Glenda Jackson and Chris Philp for the parliamentary seat in Hampstead and Kilburn. Obviously the headlines at the time were all about the 42 vote margin that the Tories lost to Labour, but Mr Fordham, with a third of vote and just 841 votes from winning himself, was as close as any Lib Dem has got to becoming an MP in our borough.

I don’t think the area will ever have another election like that one.

Hopes of building on his work locally were rather crushed for the Lib Dems once the party had joined the national coalition with the Tories. The moment had passed and Mr Fordham (pictured above launching his campaign) and his husband, former Camden councillor Russell Eagling, moved away. 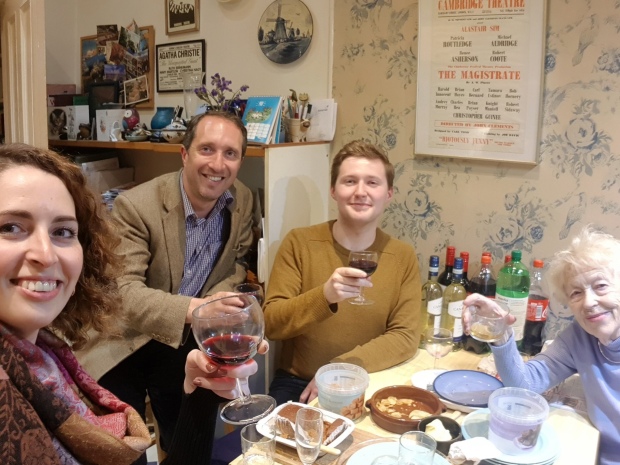 Amid the excited celebrations at today’s results around the country and cries of a Lib Dem fight back, however, friends back in Camden were among the first to congratulate Mr Fordham today; even if they were a little groggy from a big session in Flick Rea’s kitchen overnight, watching the results come in with a nip or two of whisky.