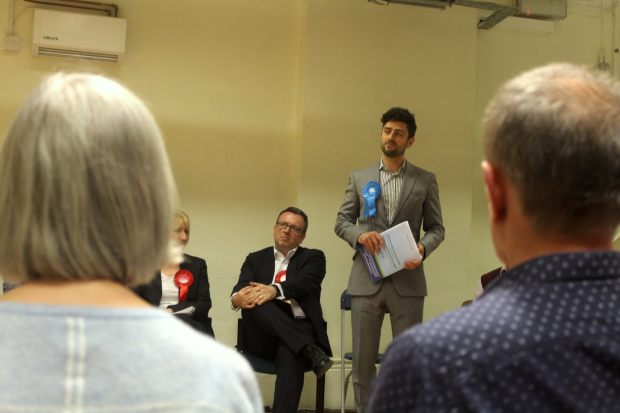 BEN Seifert has this afternoon (Saturday) quit the Tory party, saying he can ‘no longer support the direction’ the Conservatives are going in.

The lawyer had stood for election in the Highgate ward last year and was in the running to be the candidate in the Barnet and Camden constituency at next year’s London elections before missing out to Barnet councillor Robert Weeden-Sanz. He had, however, been selected to stand in the North East London constituency.

Only last week, he was out campaigning with Shaun Bailey ahead of the mayoral candidate’s attempts to unseat Sadiq Khan next May.

He was seen as one of Camden’s more liberal Conservatives and had played a key role in helping to stop the shock deportation of health food worker Stojan ‘Stoly’ Jankovic in 2017.

Today, he said that he felt he could no longer stand with Prime Minister Boris Johnson, admitting that he had secretly voted for the Lib Dems during May’s Euro elections.

UPDATE: Mr Seifert has explained his decision in an interview with the New Journal, which you can see at the link here: Conservative election candidate with warning that party has been ‘taken over by a cult’