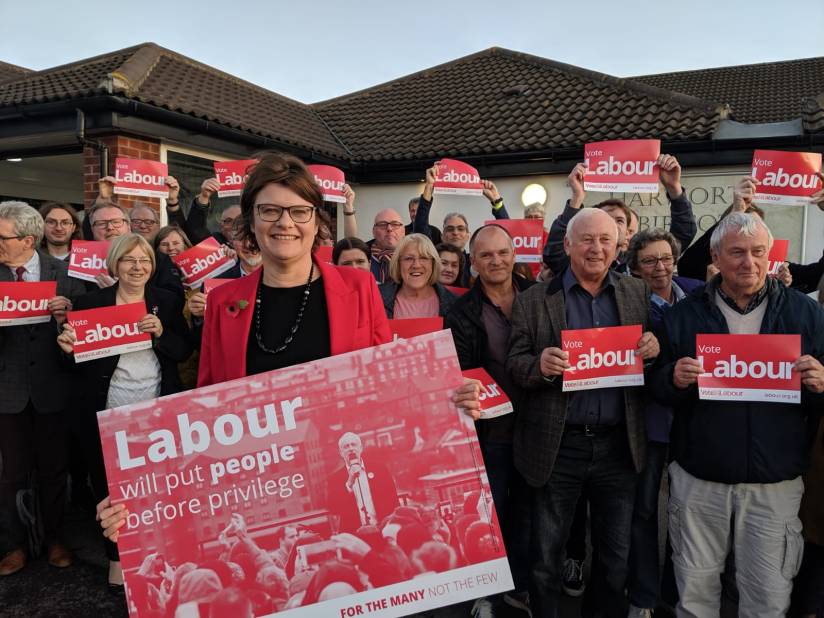 HERE’S a story to wake a sleeping blog: the former Camden councillor and one time leadership contender Sally Gimson was yesterday selected by Labour as the parliamentary candidate for Bassetlaw. The East Midlands Labour Party tweeted a photo of their new favourite holding up a placard of Jeremy Corbyn, which will raise a smile for one or two (or more) people back at the council and the divided Holborn and St Pancras CLP.

It seems only weeks ago that Ms Gimson seemed quite frustrated at how the party was being run, describing meetings at Labour’s conference in Brighton as “boring” and the debates as “barmy” because it could not reach a ‘remain’ position on Brexit. Maybe she will see this neverending dilemma for the party first hand 160 miles from north London where a clear majority voted to leave in the referendum. Now, it’s onwards to help Mr Corbyn become prime minister.

Having railed about an impending “Stalinist” plot to get a Corbyn supporter installed as his successor, John Mann, the always-angry current MP who is standing down to work with the government as a new ‘anti-semitism czar’, seemed happy enough with the result. “Congratulations to Sally Gimson, Highgate Cllr selected as Bassetlaw Labour candidate,” he said yesterday. “Momentum stitch up doesn’t give them the result they expected.”

Actually, Ms Gimson is no longer a Highgate councillor. She stood down at last year’s council elections after a lively stint at the Town Hall in which she served as Camden’s social services chief before the headline moment of a leadership challenge against Sarah Hayward. Friends still cast her as the one who dared put her head above the parapet, not in a showdown between the left and right of the group, but as contest to Ms Hayward’s leadership style of the Labour group and the culture at the council; you may remember the row over leaked emails shortly before the vote. A majority of Labour councillors did not buy into her view that change back then was needed or that anything was wrong, however. 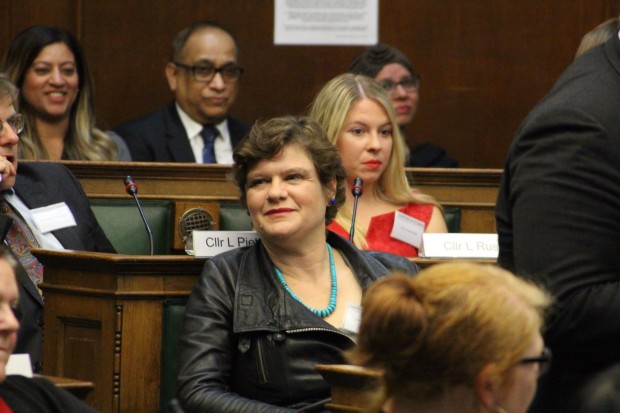 Now she is the parliamentary candidate with a chance of being a MP by Christmas, losing that council contest by five votes to Ms Hayward may nevertheless turn out to have been the best thing for Ms Gimson. There are similarities then with how Tulip Siddiq lost a council leadership election to Ms Hayward in 2012.

History shows Ms Siddiq walked away from her razor tight one-vote defeat in a better position than if she had won: she had shown she was a player by coming so close to winning, but then did not have to front a series of painful  council cuts amid austerity budgets. In the meantime, she sidestepped all of the drama and politics at the top of the Town Hall and found a path to being selected as a candidate in Hampstead and Kilburn, before twice being elected as an MP. As it happens, Ms Gimson was one of the shortlisted candidates who lost to Ms Siddiq, the other being the now deputy mayor of London Sophie Linden.

There were other councillors who might have expected to reach Westminster before Ms Siddiq, although Ms Hayward missed out in Holborn and St Pancras amid juggernaut support for Keir Starmer, the former director of public prosecutions who was suddenly free to be politically active as Frank Dobson’s long tenure MP drew to a close. Ms Hayward, for completeness, has said more than once that sexism could actually help explain her third place finish in that contest. She stepped down as Camden’s council leader a year after Ms Gimson’s challenge and, more recently, has been hired as £100,000ish-a-year director of violence reduction in Croydon.

In unpredictable times, Ms Gimson has not acquired a passport to the Commons by winning in Bassetlaw yesterday (ahead of the union-backed favourite), but she might not even have been considering a run at all if she was sitting in the leader’s office right now trying to make a good fist of running Camden; if she becomes an MP then she will instead be grateful to the councillors who her team believed closed ranks in support of Ms Hayward back then.

And the task ahead will be more appetising for Ms Gimson than her training run candidacy in Tory-held South Leicestershire, where she finished third in 2010. Bassetlaw may be tighter than it once was for Labour but it’s her best chance yet.

The boring and barmy tweets about the Labour Party a few weeks ago made me think that this time her first occupation, the field of journalism, really had claimed her back. She’s written sketches for Progress and edited at the Index On Censorship, and been good on the future of newspapers.

But she’s also pretty open about her ambition to be an MP over the years and even when she’s intimated that she would not go back into politics as a candidate, her addiction even to the local discourse in the local Labour party where she’s been one of the cheerleaders for Sagal Abdi-Wali to be selected to stand for the London Assembly, has suggested otherwise. It will be interesting to see how she gets on. Will it at last be Sally Gimson MP?

If you want to know more about Labour’s lively selection race across the country, it’s not a bad shout to follow Sienna Rodgers, once a possible council candidate in Camden but now the always-on editor of LabourList.